This is my final update on GAW Miners / ZenMiner for the day, I promise! Along with the new Hashlet Exchange and the removal of the NiceHash Pool/Hashlets, there are two more items to cover. First is a new feature for Hashlet Prime, and second is the introduction of Legendary Hashlets. (GAW's CEO must be a gamer or something for that one... "Dude, I got me some epic Hashlets!")

For Hashlet Prime, GAW has introduced HashBoost, a feature that allows you to double the hash rate on your Hashlet Prime for a small amount of time. How long is a "small amount of time"? Apparently it's 30 minutes, but "sometimes it may be able to Boost for much longer" and you can do it twice per day. On the one hand that means you have to go check your account at ZenMiner twice per day, but at the same time I think most of us do that at least once per day, and it's certainly not going to hurt to have this extra feature.

Along with enabling HashBoost, it's also worth pointing out that the cost of Hashlet Prime has increased yet again. Seriously, this is getting a bit ridiculous! The original Hashlet was $14.95 and then Hashlet was changed into Hashlet Solo and the price for Hashlet Prime wen't up to $39.95. At that price, you could have 24/7 boost and it would basically only equal the profitability of mining with a Zen Hashlet. With the normal rate of returns it used to take about six months to hit ROI on the Hashlet Prime, and now we're looking at more like seven or eight months. If you had an original Hashlet that was converted into Prime, great, but for everyone else I just don't see the draw of Prime. Sorry.... 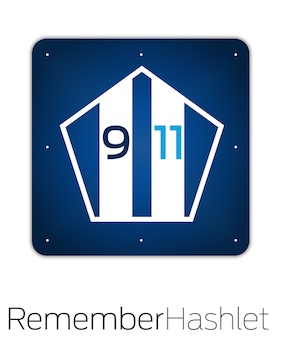 Getting on to the second item, Legendary Hashlets are an interesting idea that might see some friendly competition/collection creating higher prices for certain Hashlets over time. The first Legendary Hashlet was available until yesterday, the Remember Hashlet. The price and features of Remember are identical to the regular Zen Hashlet, but it has a different logo and there were only 500 MH worth of Hashlets available. With the announcement of the Hashlet market (which maybe isn't actually live yet), I could see some people potentially paying a lot of money to collect these rare "Legendary" Hashlets. In fact, I'm a little sad I didn't have the guts to jump on the offer when I saw it yesterday morning.

I logged in to check my balance as usual after getting up, and I saw the new Remember Hashlet for sale. My first thought was "What is this?" I then read about it and I had about 1 BTC sitting in my account that I could have used to buy 25 MH. But I thought, "No, I don't need to worry about some silly collectible Hashlet" and went off to breakfast. While eating I changed my mind, but by the time I returned to my PC an hour or so later the Remember Hashlet was no longer available. It's going to be interesting to see what happens to the pricing on Legendary Hashlets over time, and I definitely think limiting each to 500 MH is a great way to increase the trading value. Will that be enough? Time will tell.

Anyway, the breakdown of the Hashlets right now is still pretty much the same as before: Zen Hashlet (and the LTC Pool, though that's for ASICs and not for Hashlets) is the top paying option. After maintenance fees it's currently earning about $0.22 per day. The current price is $20.95 per MH with ROI estimated at three months (95 days), give or take -- and if the price of BTC or the pay rate of Zen Pool drops, the time goes up, obviously. The other Solo Hashlets are far more prone to variation. Let's quickly take each one in turn.

And hey, let's not leave out Hashlet Prime. Assuming you actually log in and use HashBoost twice per day for one hour of increased hashing rate total, you basically get about 4.2% more BTC per day than before HashBoost was introduced. Since Zen Pool is currently the highest paying option, you're looking at 0.00066 BTC per day per MH, or around $0.237 after fees. Now that the price is $49.95, though, it's looking like 211 days to hit ROI. I can pretty much guarantee that prices and difficulty and such will fluctuate enough that you won't get 0.00066 BTC per day for that long. On the other hand, perhaps GAW will add other features to Hashlet Prime that will enable it to hit ROI faster; I don't have enough confidence that I'm buying any Primes, but it could happen.

By the way, GAW also continues to sell Cloud Hosting enabled ASICs, though the only one left at this point is the ZeusMiner Thunder X6. That's now priced at $449.95 for 18-20 MH, so if you're wondering the best you could do with that ASIC is about $22.49 per MH. The maintenance fee is lower, however -- $0.055 per MH if you actually average 20 MH -- and if you put that on Zen / LTC Pool right now you'd get $0.247 per day after fees, and the first month would be no fees ($0.302 per day). ROI estimate is 84-90 days depending on whether the ASIC does closer to 18 or closer to 20 MH, but the net result is that it's a bit more flexible than a Hashlet in some ways and can basically match the ROI time frame of Zen Hashlet, but it's only available in larger chunks and there's less of a long-term guarantee. I'm still pretty please overall with my Lightning X6 purchase, but that was obviously a better deal at 40-42 MH for $775, with maintenance fees of ~$0.06 per MH.
at 8:13 PM