GAW has been on a pretty good roll for a the past six or so months, and we're all excited to see what happens when Paycoin officially starts being useful. For now there are some interesting side stories I could get into, but it would take more time than I have. (If you want a quick example, if you mine on the HashPoints pools, you're currently getting 19 HP per MH per day; why is ZenPool only doing around 0.00031 BTC per MH, which equates to $0.117 and not $0.19? One possible answer: GAW is pushing Paycoin really hard and they want as many people as possible invested. Oh, and ZenPool is actually back up to being about 50% higher than other Scrypt multipools lately, which is nice to see.) 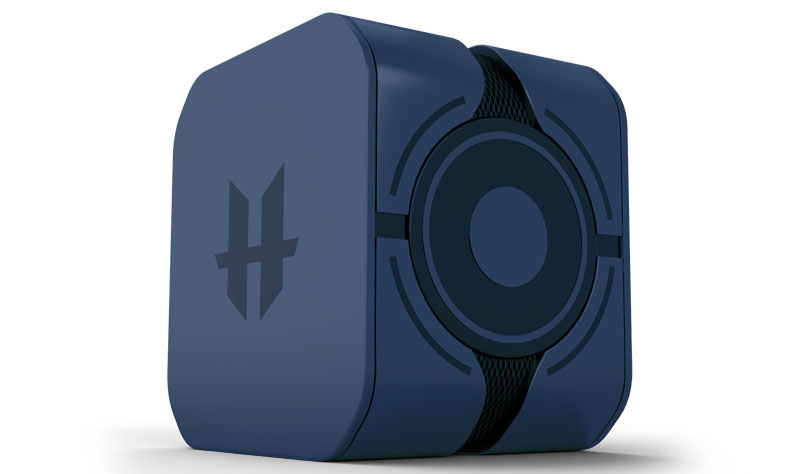 Today however I want to just focus on the HashStaker and talk about ROI potential -- and to be specific, I'm talking only about Paycoin HashStaker here (as in the future there may be other HashStakers released). If you've been around cryptocurrencies for more than six months, you should certainly be familiar with the idea of Proof of Stake currencies by now. In essence, instead of requiring a large amount of computational work (which uses a lot of power/electricity), staking requires you to hold the cryptocurrency for a certain amount of time before you begin earning interest, and those that are holding the currency (i.e. they have "skin in the game") basically secure the transactions. Well, Paycoin has a form of staking as well, which brings us to the HashStaker.

The price for the HashStaker is based on Prime Controller rounds, which will apparently last six months. You can buy either half of a round at $9.95 or a full round at $17.95, so you get a discount by buying in for a longer period of time. Each HashStaker is good for holding one Paycoin, which means you are investing anywhere from $4 (at the 400 HashPoints price) to potentially $20 or much more. The number of Paycoin HashStakers is also limited, as they're tied to the number of Prime Controllers that GAW controls; it's not clear exactly how many Prime Controllers will exist, but I expect it will be tens of thousands at least.

Anyway, let's say you buy into a HashStaker; exactly how much should you expect to earn back over the staking period? The exact staking rate that you'll get from a Prime Controller appears to be somewhere between 275% and 365% nominal annual interest, meaning if we were talking about dollars then investing $1 at the start of the year would result in you having $3.75 to $4.65 by the end of the year -- and yes, that's a "crazy" interest rate, but remember that it's only for Prime Controllers and not for all Paycoin wallets. But we're not dealing in dollars or fiat, are we?

No; instead what you get right now is an investment of fiat or Bitcoin that's currently worth $9.95 or $17.95, and then you'll stake at a rate of 0.0075 to 0.01 Paycoin per day (once Paycoin launches, which is scheduled for mid to late December). So if you invest $9.95, you also have to add in one Paycoin (which might be $4 or might be $10-$20, depending on how you acquire it). Then in three months you'll have your original Paycoin along with 0.675-0.9 Paycoin in staking interest if you go with the half round purchase; if you opt for the full six month round, you'll get 1.35-1.8 Paycoin back.

And there's the catch: how much is a Paycoin worth? GAW is doing a pre-sale via HashPoints at $4 each, so if prices stay that low you'd pay $17.95 to earn $7.20 best-case (meaning you really lost $10.75 or more). If Paycoin totally fails (which is unlikely I'd say), you lose everything. However, if GAW can deliver on their "guaranteed" $20 minimum price by January/February, then your $17.95 investment will deliver returns of up to $36 in six months (basically you double your money), or if you go for the half round you'd receive Paycoins worth $13.50-$18 from your $9.95 investment.

Based on those projections, we're looking at a potential ROI of around three months and then double the investment in another three months, all at a constant rate of returns. It's "low risk" in that you can guess quite accurately how many Paycoin you'll end up with, but it's very high risk in that we have no real idea how high Paycoin prices will climb -- or how low they might fall!

And for the real gamblers, GAW has also suggested a target of $70-$100 within 9-12 months I believe, so if that were to pan out a $17.95 investment could net you roughly ten-fold returns. And if Paycoin prices shoot up, the next round of Paycoin HashStakers will cost substantially more than $9.95/$17.95 per slot.

It's an interesting concept to say the least, and if nothing else you have to give GAW some props for doing something different. I do laugh a bit at the idea of zero maintenance fees -- of course there's no maintenance, as that's sort of the point of Proof of Stake currencies! -- and the rendered images of a HashStaker are also funny (there's no physical device that looks anything like the above image, I can guarantee that), but there's some potential brilliance here as well. I like to hedge my bets with cryptocurrencies so I went ahead and bought a few Paycoin HashStakers for good measure. Now they're sitting idle waiting for the coin to launch, at which time I can start earning more Paycoins.

I do want to make it clear that I am not going all-in on HashStakers right now. I could potentially buy a few hundred with the Bitcoins I'm currently holding, but I view this as a very risky proposition -- which basically goes with the territory in cryptocurrencies. I tossed a couple hundred dollars at the possibility of earning substantially more back in the coming six months, but that's as far as I'm willing to go right now. I could end up regretting not going all-in later on (just as I wish I had bought as many Hashlets as possible when they first launched), but "better safe than sorry".
at 11:20 PM