A Mighty and Magical Humble Bundle

It's Tuesday, which means it's the day that Humble Bundle updates their main offering. For the next two weeks, you can pick up potentially a bunch of games at a great discount, benefiting charity in the process. This time the bundle is one that holds a special place in my heart: you can pick up the majority of the Might and Magic and Heroes of Might and Magic games in one fell swoop. 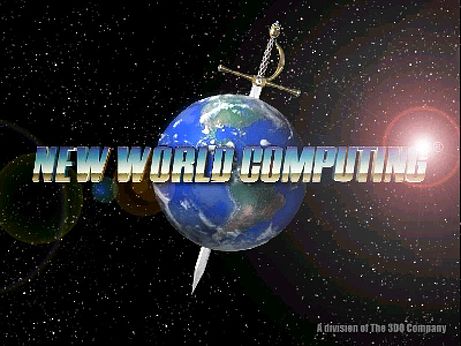 The games were mostly created by New World Computing in the late 80s and 90s, though some of the more recent releases are after the bankruptcy of NWC and the buyout of the rights by Ubisoft, with development coming from Nival Interactive. I played most of these back when they were new and cost $50, and I even have discs (and in some cases, disks!) floating around somewhere in storage. But to get all of the games again in a digital distribution format is enough to seriously tempt me. Let's talk games, though.

Pay What You Want


Might and Magic I through VI Collection: This is probably the weakest part of the bundle, simply because as I mentioned in the last update to the Humble Origin Bundle #2, old games rarely stand the test of time. User interfaces have improved dramatically, and while great graphics don't inherently make for a great game, poor and low resolution graphics can certainly make for a poor gaming experience.

The first two games in particular are painful in today's market -- 320x200 graphics, 16 colors, and you wander around grid-style maps (90 degree turns and move forward/backward in 10' steps) fighting many battles. The original Secret of the Inner Sanctum game was released in 1986 while the sequel Gates to Another World came out in 1988. I played these on a Commodore 64 way back in the day with "Uncle Dan". Hahaha.... The third installment, Isles of Terra, bumps to VGA quality (256 colors, huzzah!), and it was the game that for me finally made the series "fun". I remember running into a problem on my old 386 where the game crashed if you stepped on a square where you would fight a Minotaur, so I had to skip that battle but I did actually complete the game. Plus, it ditched random encounters and added an automap -- thank goodness!

The next two installments actually served as two parts to a single large game, the World of Xeen. Clouds of Xeen launched in 1992, using essentially the same engine as M&M3, and then Darkside of Xeen cme out the following year. If you had both installed, there were additional quests and such to fill out the story. The final game, Mandate of Heaven, didn't come out until 1998 and was the first "made for Windows" game in the series. It also moved to a real 3D engine, though I recall thinking at the time that in many ways the 3D engine almost made the game worse. Anyway, most of these games are now 20+ years old, so don't let nostalgia get the best of you. YMMV.

Heroes of Might and Magic II: The Succession Wars: The "Heroes of Might and Magic" games were a spinoff first launched in 1995, taking the game world and turning it into a strategy game (and ditching the sci-fi stuff that often crept in at the end of the RPG games). The seeds of the Heroes games actually came from an early game, King's Bounty, released in 1990. 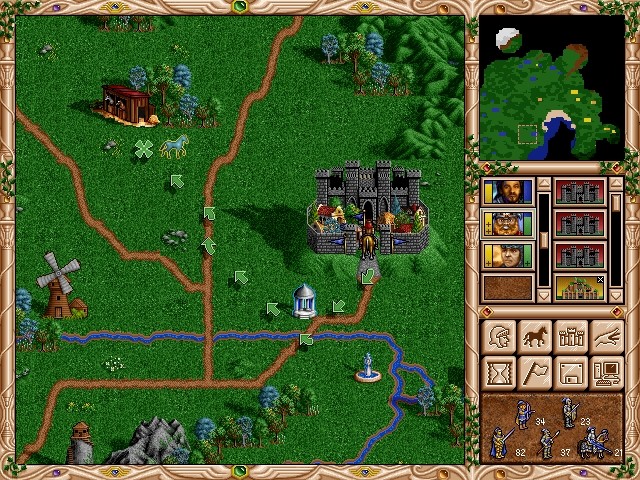 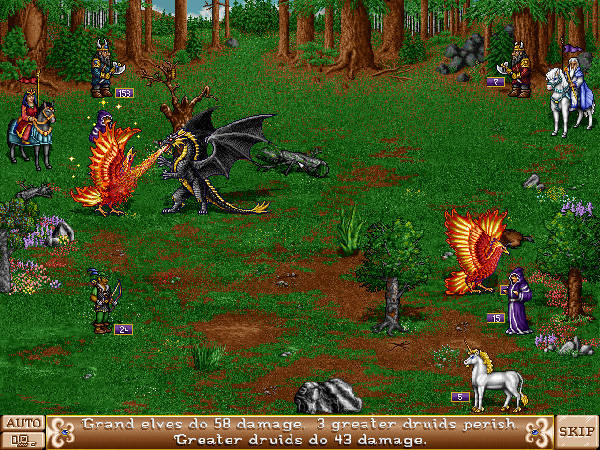 This second installment built on the core engine of the original, came out in 1996, and consisted of two campaigns -- "good" and "evil" (with The Price of Loyalty expansion following in 1997 and adding four more campaigns, which comes in the Gold package of this bundle). You roam the overhead map, fighting for treasure and creature spawn points (who would join your army), conquering the towns of the map. The battles are a different view, featuring a tactical turn-based fight. Great stuff back in the day... but questionable in many ways today.

Heroes of Might and Magic IV Complete: Four years later, New World Computing released their final Heroes game, with upgraded graphics and larger battle maps allowing for more creatures/armies. The battles in particular were quite a change from the previous three installments, and the core game included a lengthy six campaigns. There's at least 60 or more hours of gaming time included just in this single compendium, and the gameplay is still reasonably decent. 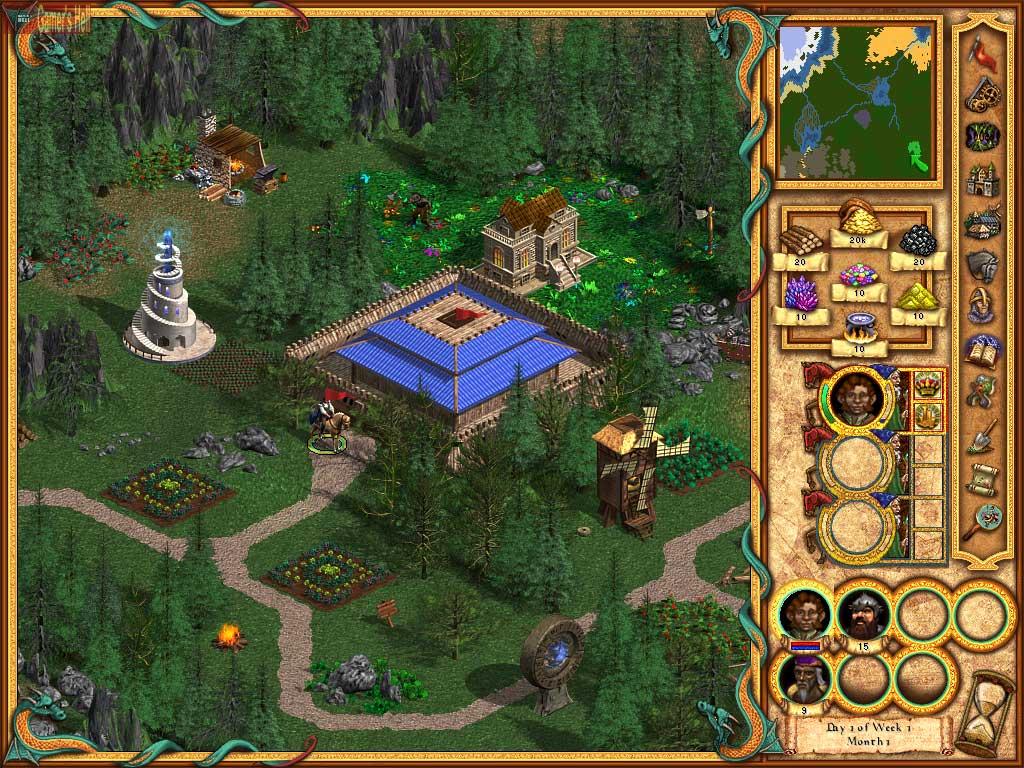 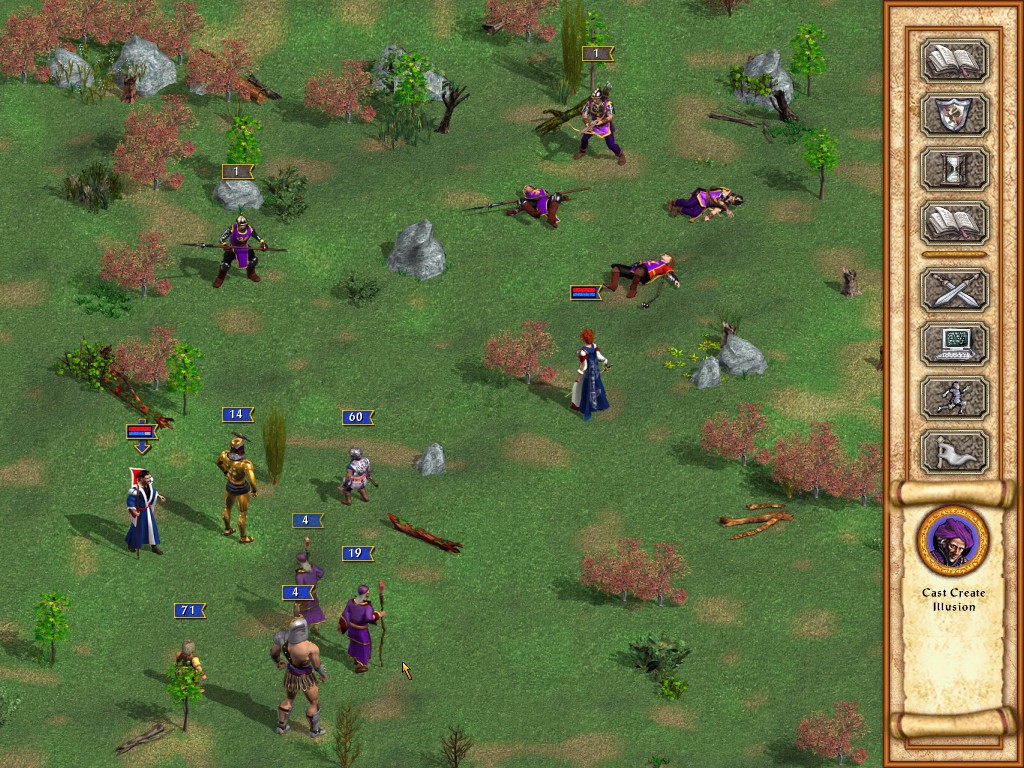 The problem is that in becoming "bigger" the game wasn't always "better" -- I remember the later maps in campaigns taking a very long time to complete, and the fun factor often went missing. The maps follow a standard pattern: start with one or two heroes fighting smaller armies, grow them, increase your number of heroes, and eventually build a gigantic army to crush the final enemy positions. Lather, rinse, repeat ad nauseum.

Might & Magic Heroes Online: Angel Starter Pack: The last item in the core bundle isn't really much to speak of, as it's just a free starter pack for an already Free 2 Play game. You play Heroes Online in your web browser, and it looks as though there's only one server still active (which might be overloaded due to interest from the Humble Bundle right now -- all I'm getting is the loading screen at least, after 10 minutes, though after 15-20 minutes it seems to be working now). The game seems a bit slow from what I experienced (when it finally did load up), and it has the usual F2P hooks (get armies now for money, or wait several hours). Pass.


The above three packages (I'm not counting Heroes Online, thank you very much) already provide plenty of hours of gaming, but I'm not really convinced the gaming is worth having other than perhaps the two Heroes games. Beat the Average (currently sitting at $10.40) and you unlock four more titles -- with more to come next week. 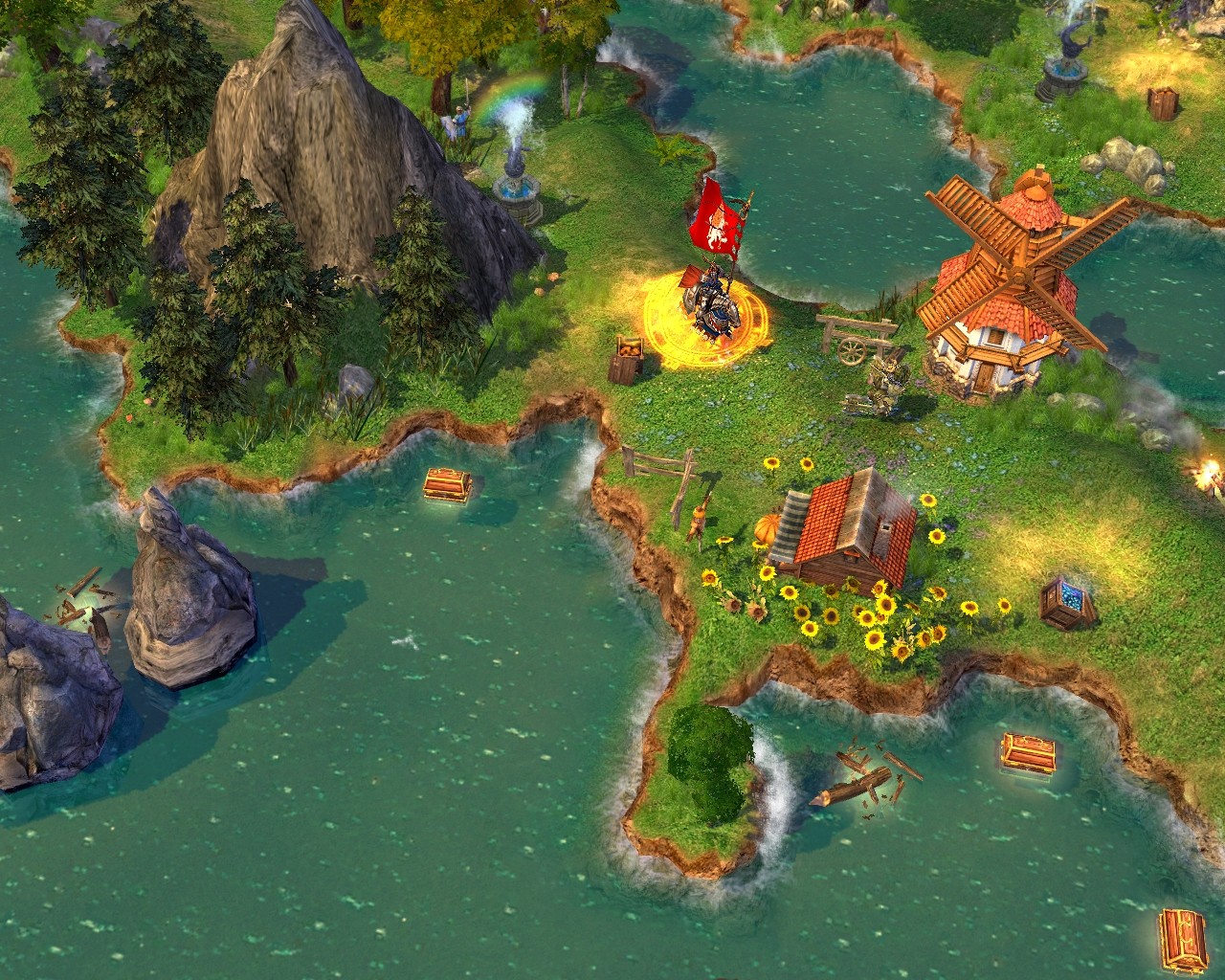 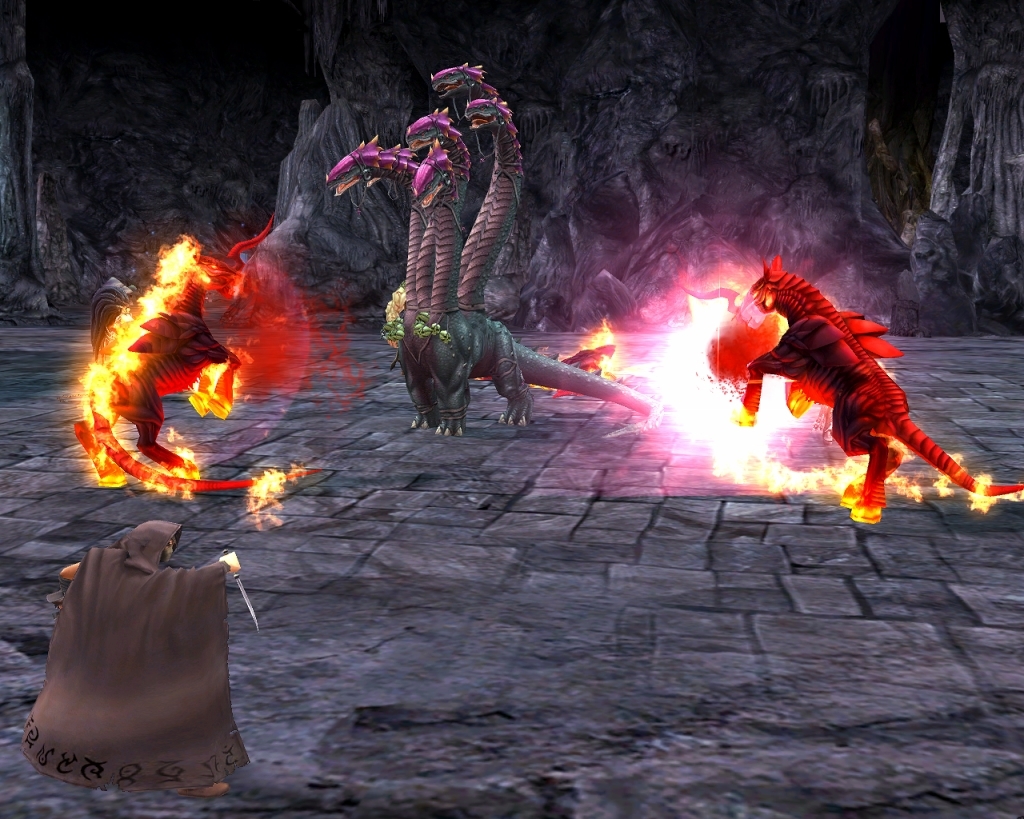 Heroes of Might and Magic V: The first game in the list to come after New World Computing, Heroes V features a fully 3D engine. It's also new enough (2006) that you can find a ranking on Metacritic: a moderately good score of 77%. It's also the last Might and Magic game I ever played -- the series had finally lost its charm I suppose, or I was simply too busy. There are six core campaigns once more, providing for many, many hours of gaming. At present the two expansion packs (Tribes of the East and Hammers of Fate) are not included in the bundle, though that may be a good thing as both received relatively poor reviews. 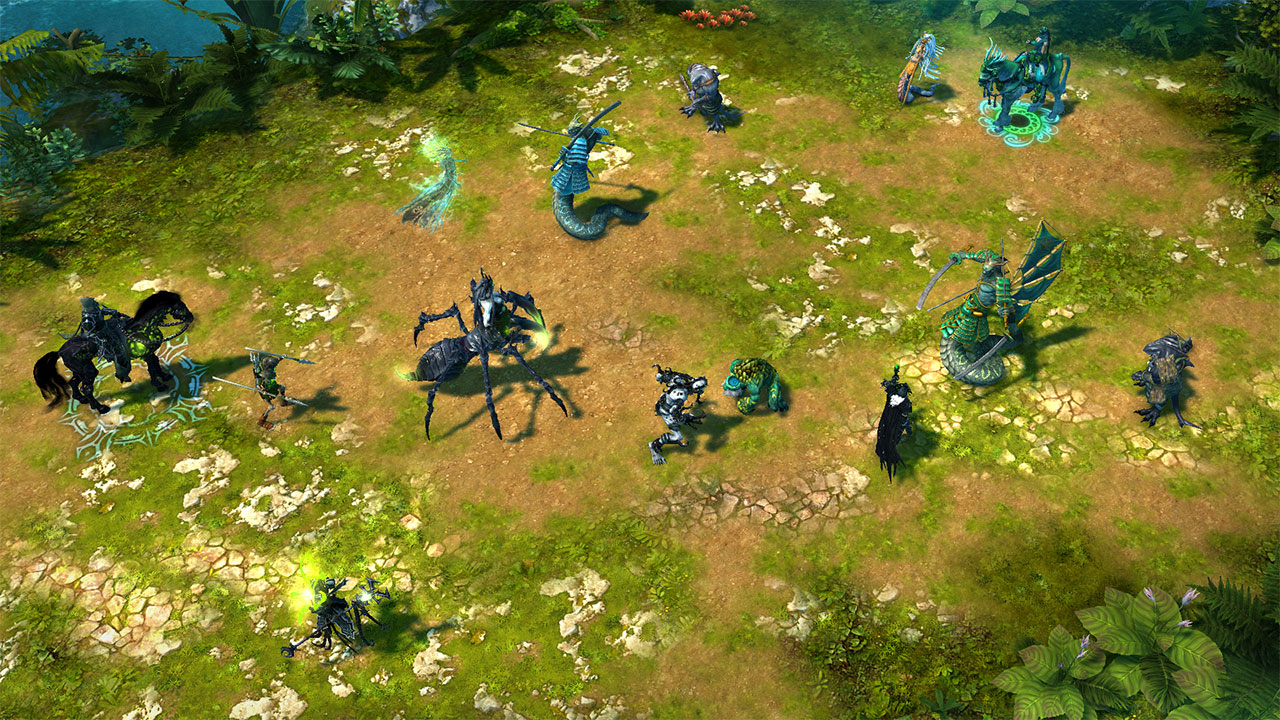 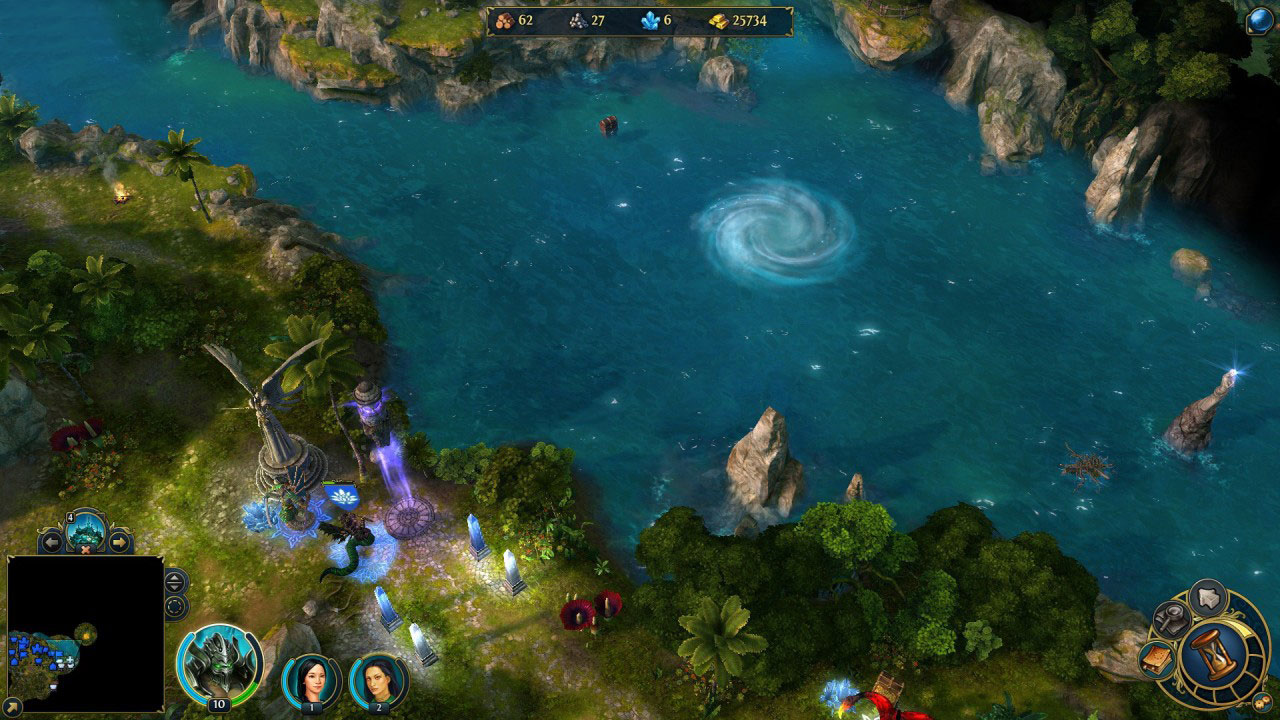 Heroes of Might and Magic VI: We're not done with Heroes yet, though, as there's still the final installment (at present -- HOMM7 is currently in development). As with the previous installment, this one was developed initially by Limbic Entertainment for Ubisoft, but it was completed by Black Hole Entertainment and then passed back to Limbic when Blackhole filed for bankruptcy. Ouch. The game has five campaigns telling an interlinking story, and there are two expansions. The original game was horribly buggy, but after 20+ patches it seems okay now. Also included are the Danse Macabre and Pirates of the Savage Sea expansions. (Note that the standalone Shades of Darkness expansion is not included in this tier of the bundle.) 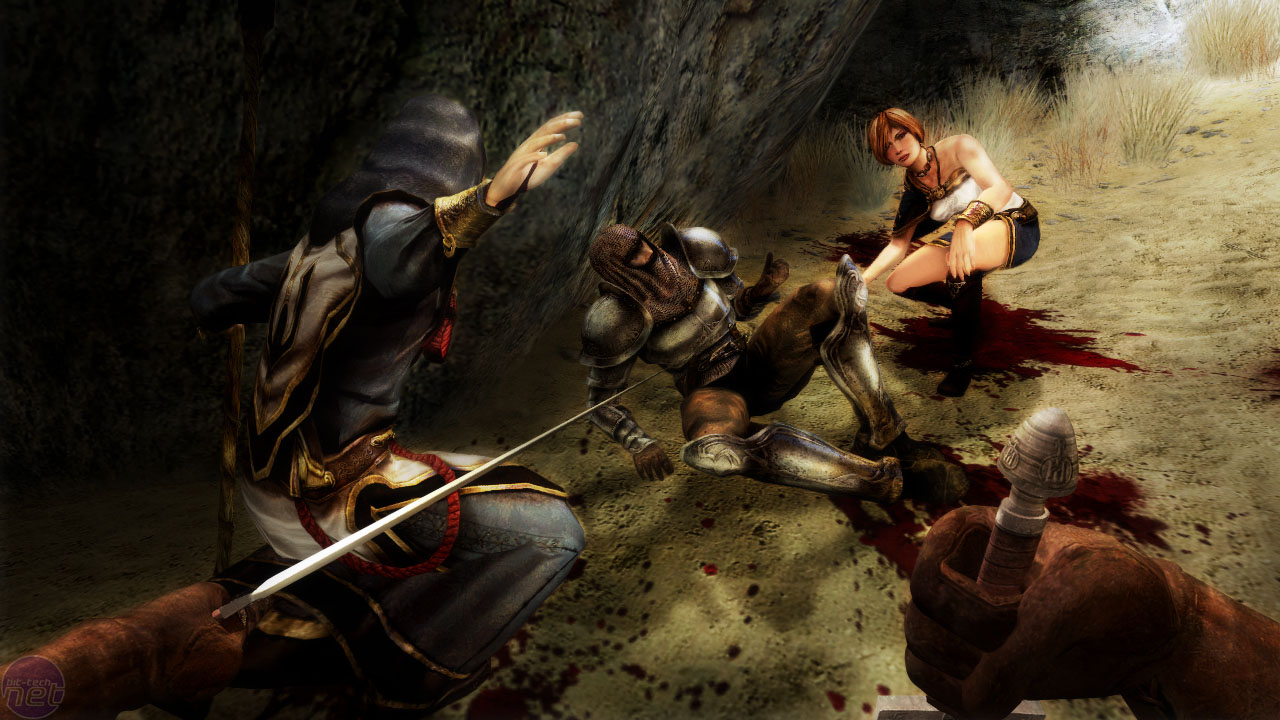 Dark Messiah of Might and Magic: The Dark Messiah game was perhaps intended to be another Might and Magic spinoff, only this time as a first person shooter. It didn't do so well, with an average score of only 72%, so a sequel was never made. To tell you just how forgettable the game was, I beat it back in 2006 when it was new, but I couldn't even tell you about it's plot without looking it up. Mediocre FPS games don't usually hold up too well over time, but at least the Source engine should allow this to run well on even low-end current GPUs (e.g. Intel's HD 5500). 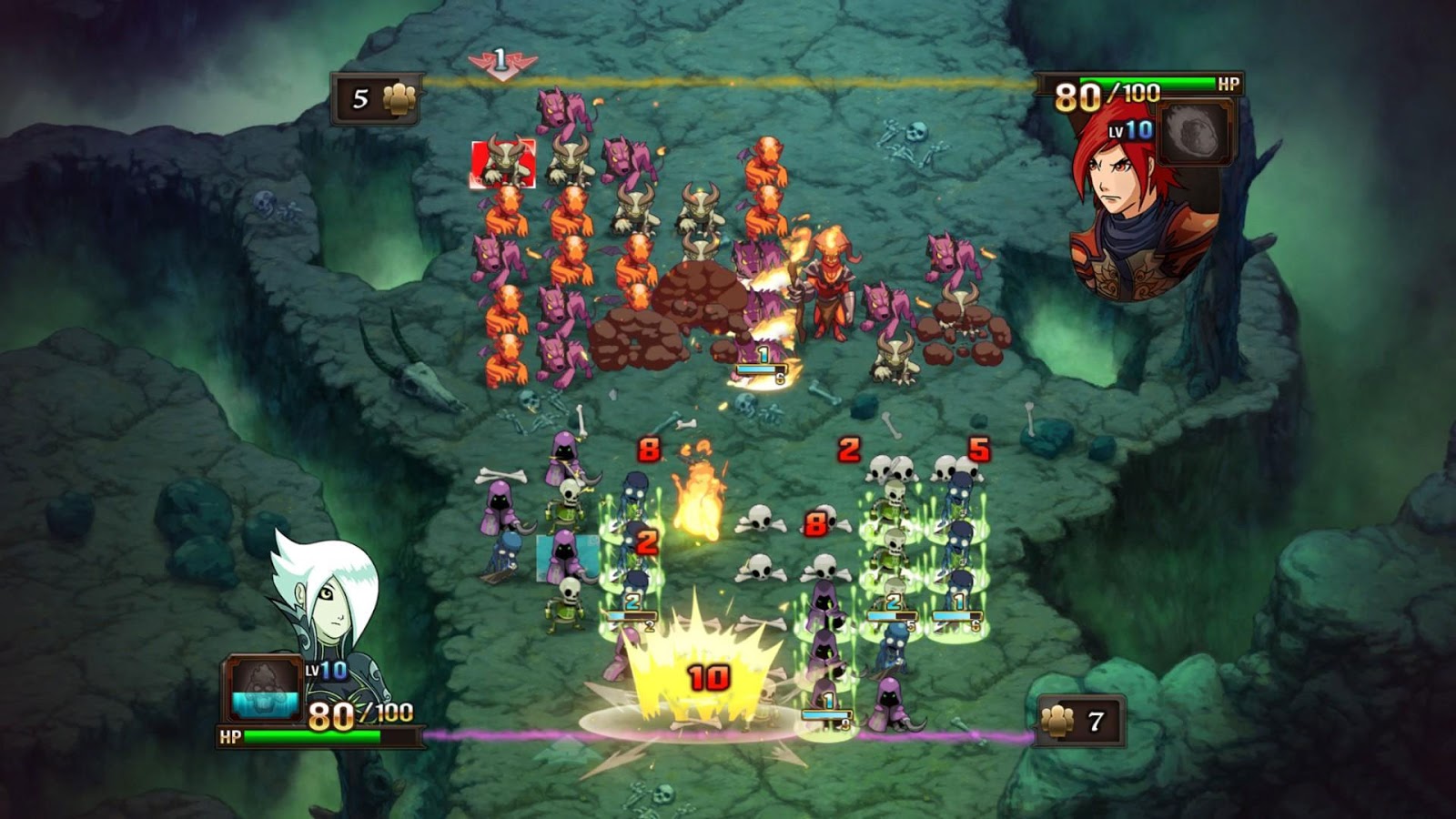 Might and Magic: Clash of Heroes: This isn't a game I've tried yet, but it looks pretty ho-hum considering this was originally a Nintendo DS game later ported to iOS/Android and then eventually the PC. It's basically a lite RPG with puzzle elements, with an average rating of 76% (so not that bad). Graphically, it looks a lot like some of the indie RPG games you see, which can be fun for a retro style experience.


This bundle has a high average price probably largely thanks to the $15 tier, which nets you five additional titles -- though a couple are not too exciting. The Heroes VI Shades of Darkness standalone expansion for example is available here, along with a Duel of Champions Starter Pack (another F2P game). Here are the other three more interesting titles (IMO of course). 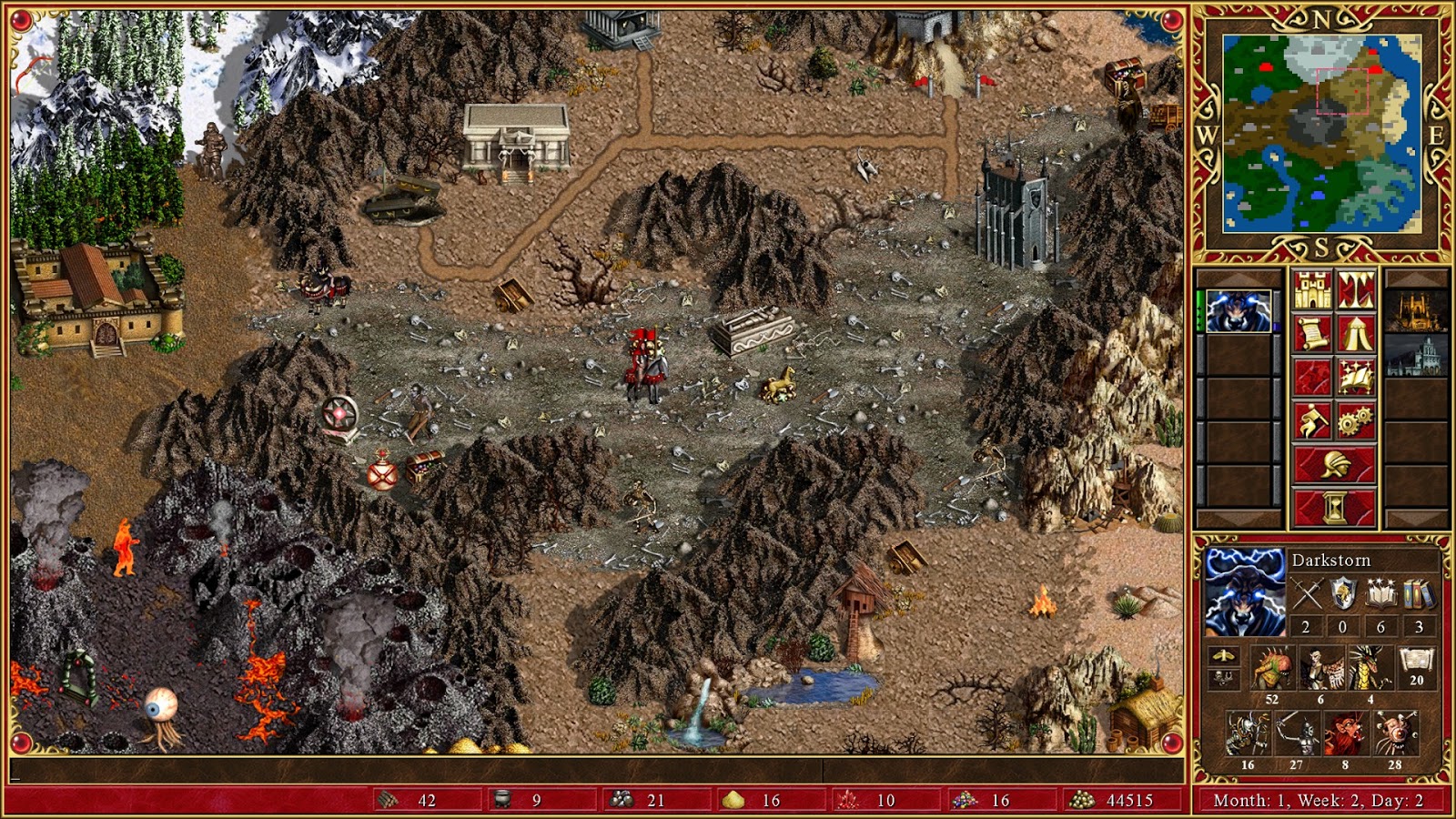 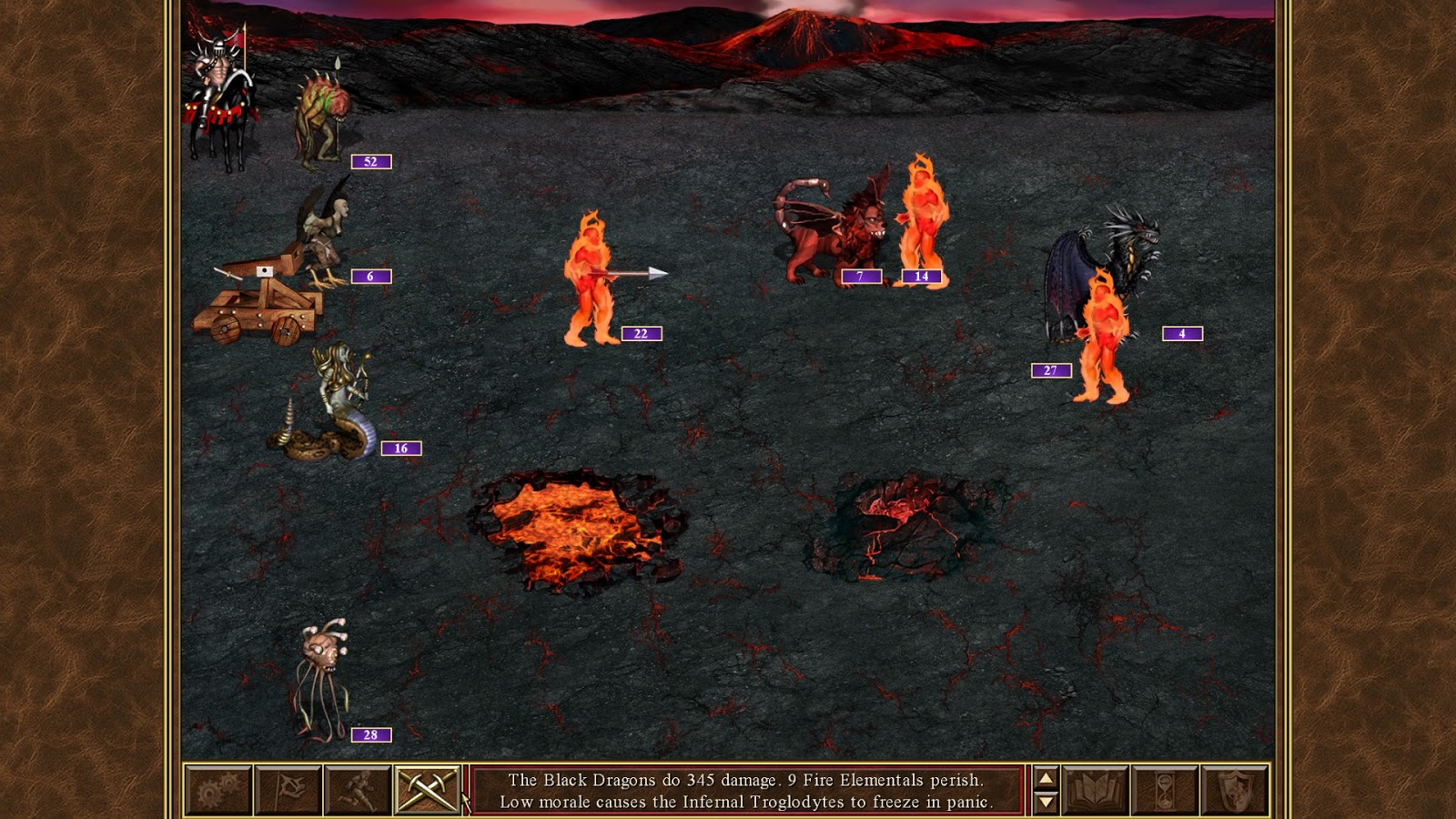 Heroes of Might and Magic III HD: I would argue strongly that of the Heroes games, the third one was the best overall game. I remember spending countless hours playing the campaigns back in college, and the expansions helped keep me going for much longer (though sadly those aren't included). With updated graphics and gameplay but before the 3D makeover, this was NWC at their best. There's a reason this one got stuck on the $15 tier.... 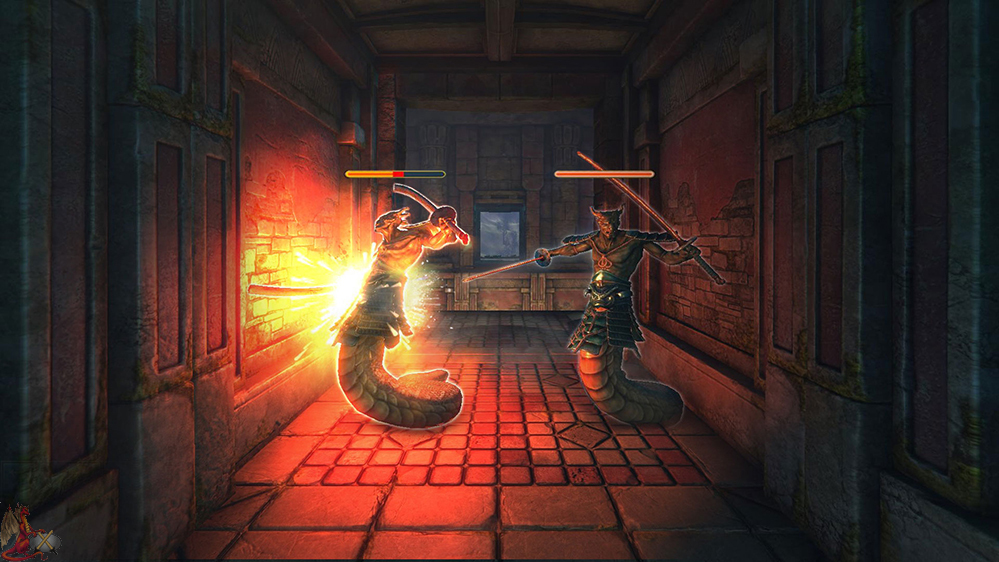 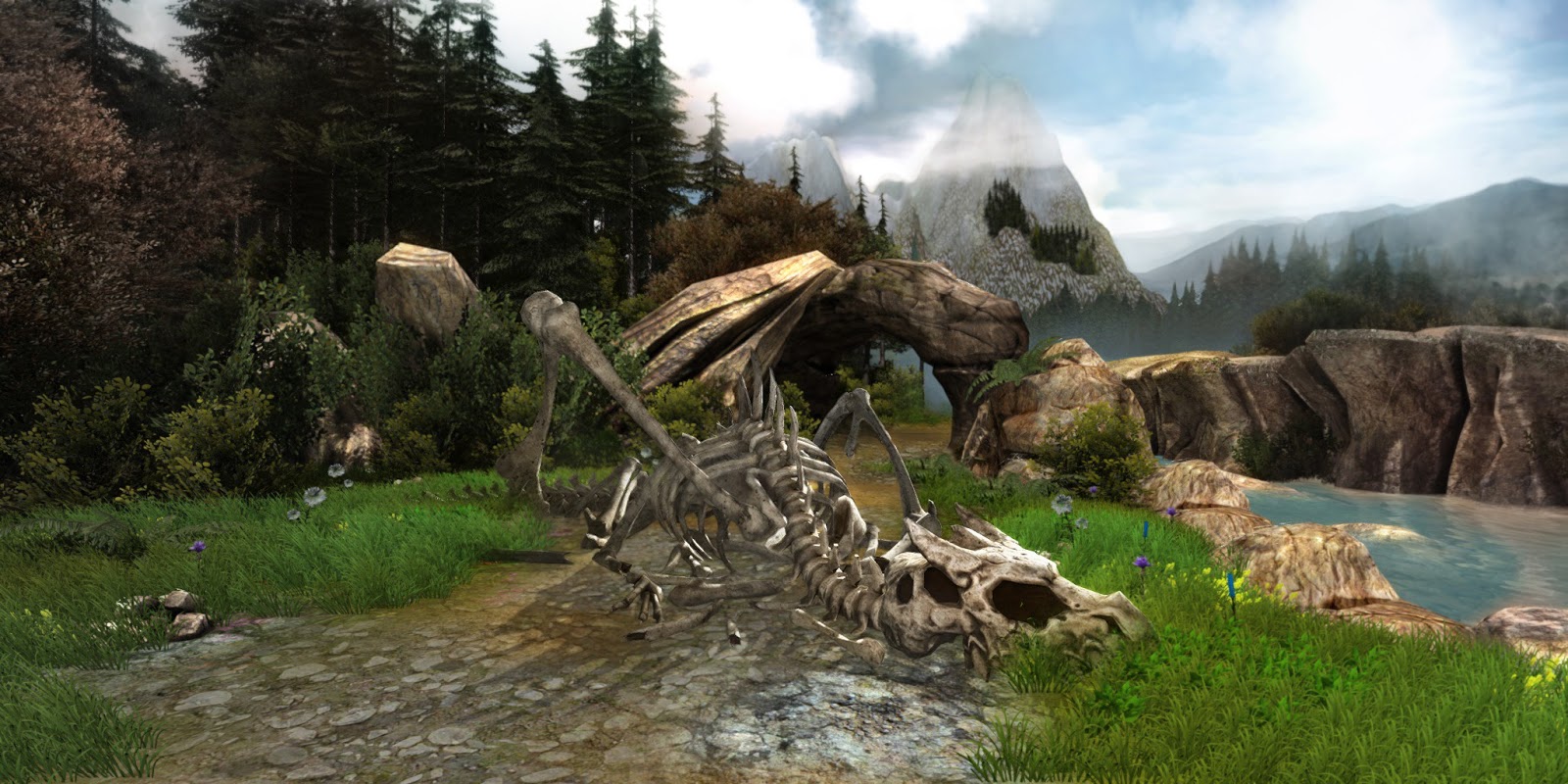 Might and Magic X: Legacy plus The Falcon and the Unicorn DLC: Wrapping things up, the final two games/expansions go back to the RPG roots of the series. Legacy is set in the new Ubisoft world of Might and Magic, carrying on from the story in Heroes VI. It's the most recent game in the bundle, though it didn't receive all that great of reviews (71% average). The big surprise here is that the game is a throwback to the earlier grid-based games in the series, so even though it has a 3D engine all movement is done on a grid similar to the first five games. If you loved the earlier titles and want something of a modern remake, this is as close as you'll get -- and like the final Wizardry title, this may be the end of the series (outside of the Heroes games, that is).
at 5:36 PM