I've been a long-time fan of the Humble Bundle, not necessarily because they support charities -- which is always nice -- but simply because they have many excellent offers where you can pick up several quality games at a great price. Not every bundle is worth buying in my book, especially when you already own several of the titles, but some are so good that there's simply no passing them by. The latest Humble Origin Bundle #2 is one such offer that you simply can't afford to miss.

The first Humble Origin Bundle (which I wrote about at AnandTech) included six good/great games with a combined value of over $150. I can't believe it has been a year and a half since that offer, but we're now getting a second bundle from EA Origin. Interestingly, it fills out some of the gaming series that were started in the first bundle, so where the last one give you Dead Space 1 and 3, you get Dead Space 2 this round. Here's the full list, with some additional comments from yours truly.

Pay What You Want


For the "pay what you want" tier (it's not clear if there's a $1 minimum for codes, which is usually the case for Steam codes -- as far as I can tell you could pay one cent and get all five games), you get the following. The combined price if purchased online would normally be around $80: 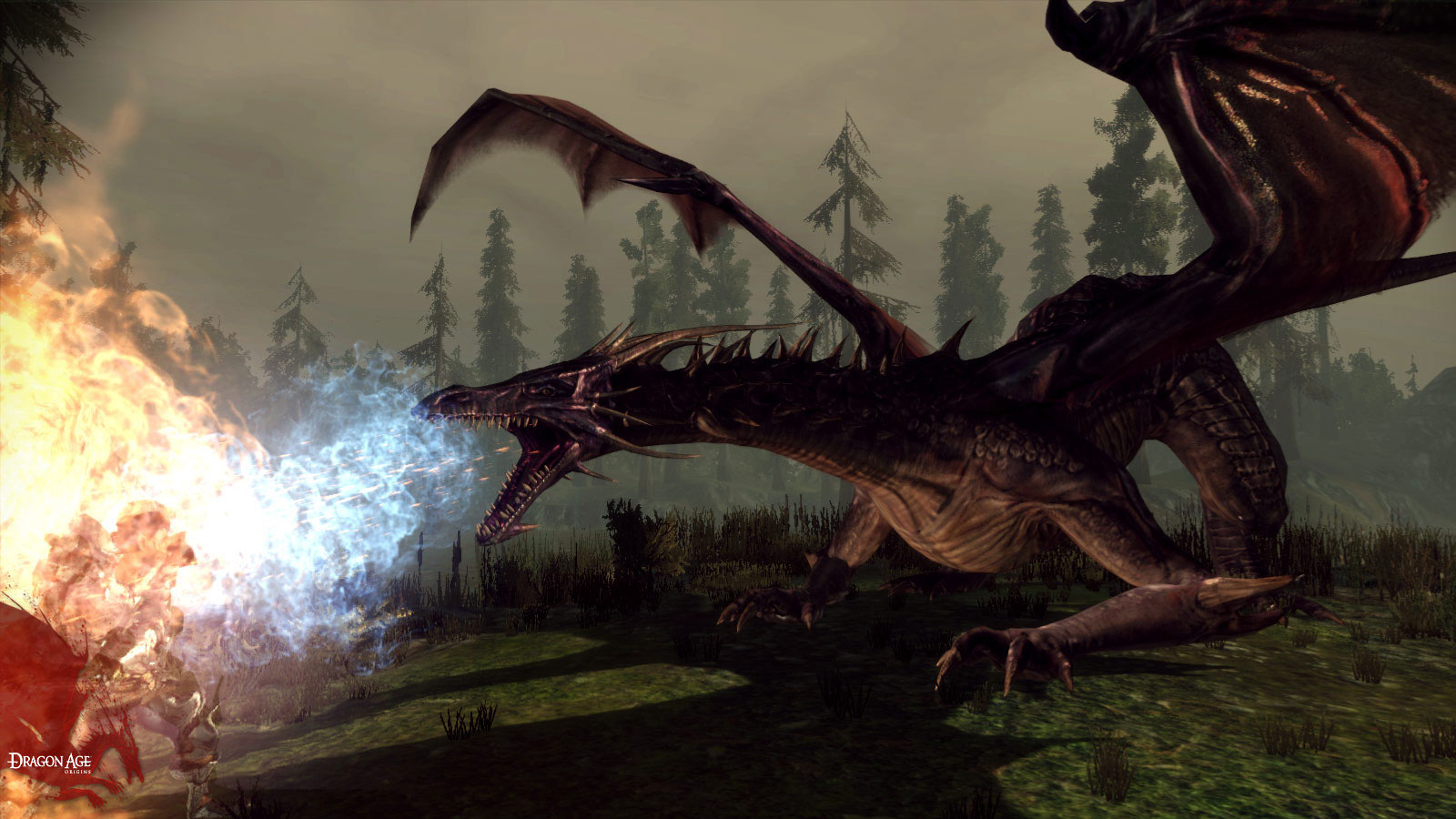 Dragon Age: Origins -- one of the best role-playing game series to come out in recent history and the winner of many awards, including Game of the Year and RPG of the Year from some major publications, it has a Metacritic score of 91%. If you somehow missed this one, it's worth buying the bundle just for Dragon Age: Origins. And with hardware having advanced quite a bit in the past six years, even moderately equipped new PCs can handle the game (though Intel's integrated graphics might struggle a bit). 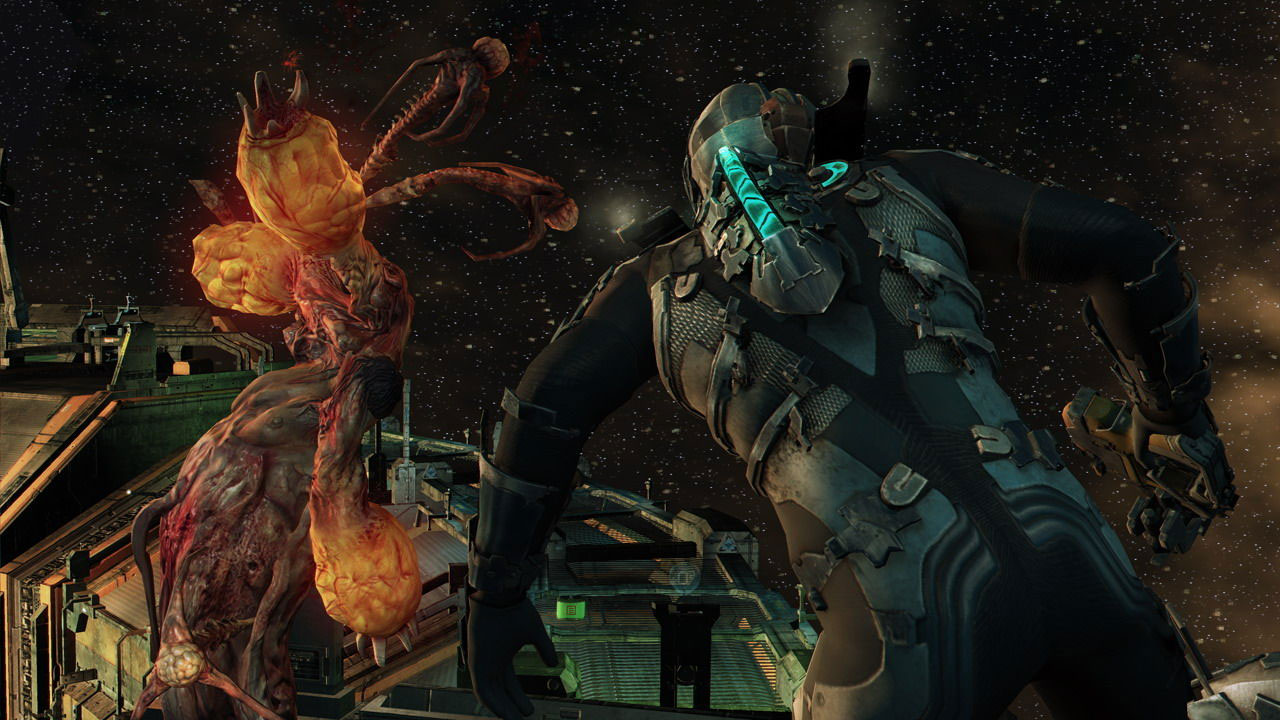 Dead Space 2 -- another game that received many great reviews and the sequel to the sci-fi horror game that has you chopping up Necromorphs, the game has an average rating of 87%. Again, you could pay $5 for the bundle and this game alone is worth the price of admission -- assuming you don't already have it and you have time to play it. 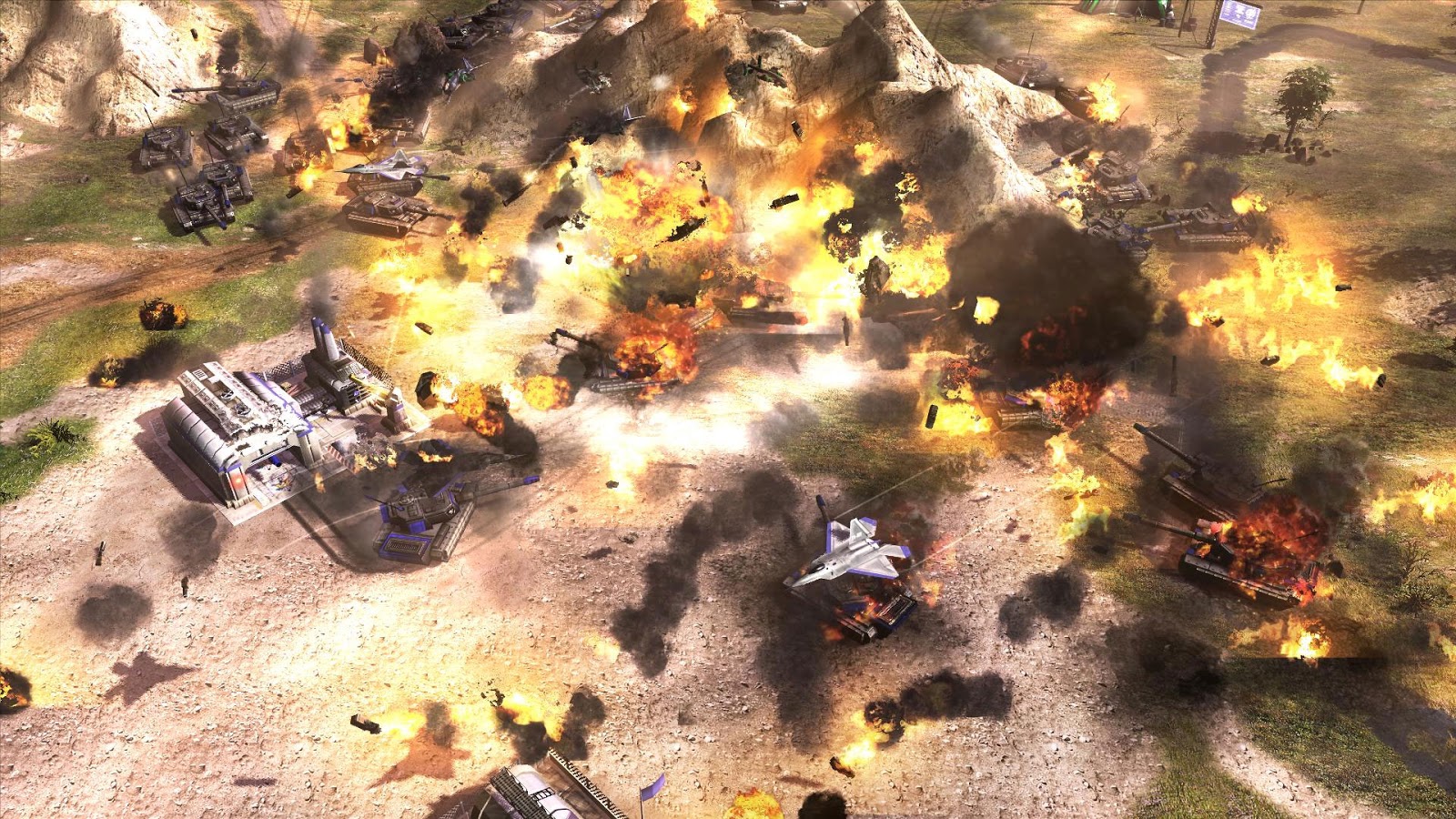 Command and Conquer Generals -- this is one of the older titles in the bundle, and while it's not a bad game it's more for fans of the Command and Conquer series in my opinion. You get both the original General game (84% rating) as well as the Zero Hour expansion (83% rating), which should provide 50+ hours of gaming just for the single player campaigns. 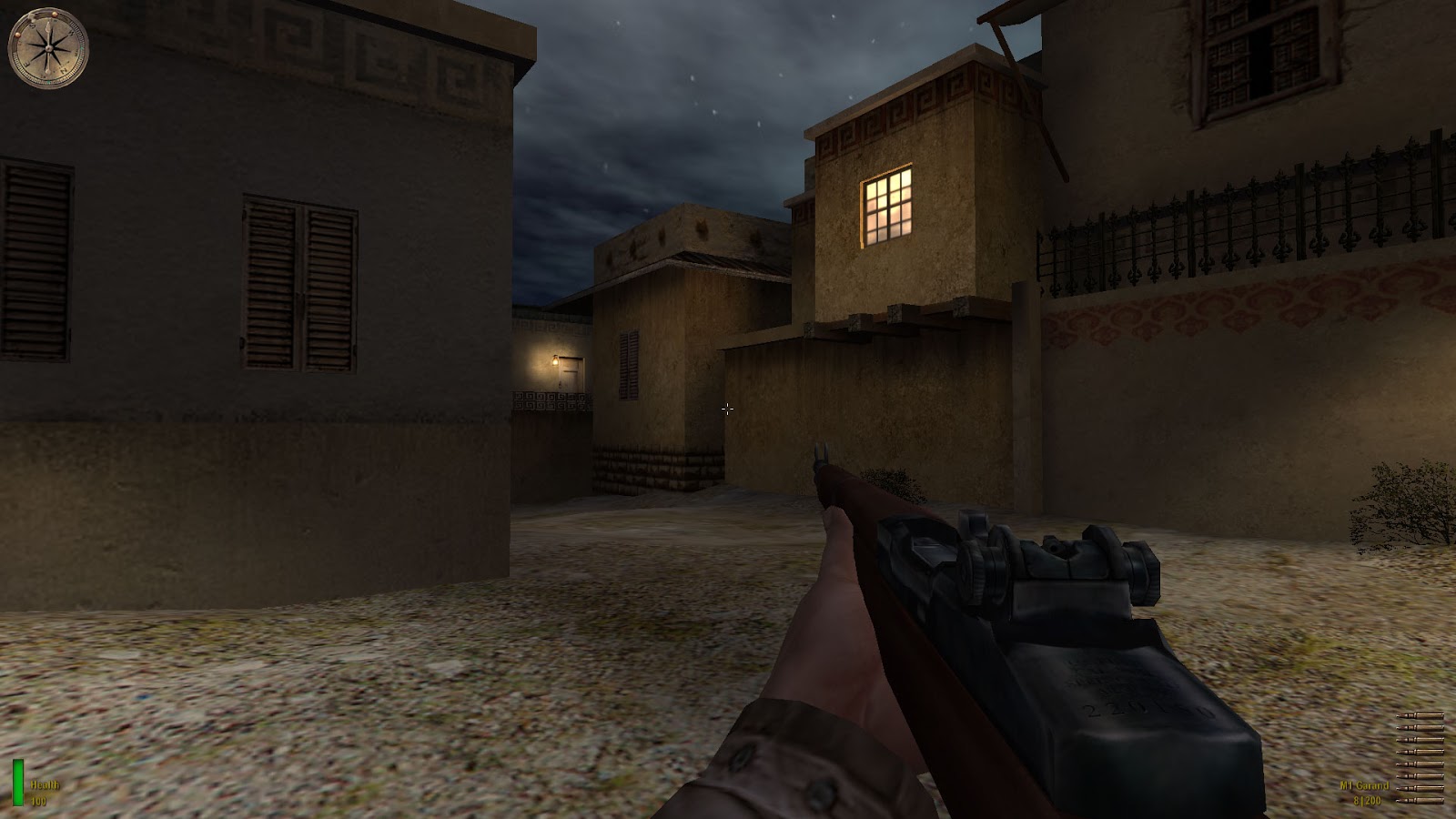 Medal of Honor: Allied Assault War Chest -- a package containing the original Medal of Honor: Allied Assault along with its two expansions, Spearhead and Breakthrough, this is another somewhat older game. Heck, I remember when 2004 meant the latest and greatest games, running on my then-shiny-new Radeon 9800 Pro (AGP 8X no less). But this game actually came out in 2002 and it was only the War Chest package that came out in 2004, so I was probably using a 9700 Pro instead.

The original game (one of what seemed like a deluge of WWII games at the time) received excellent reviews, with a 91% average rating; the expansions didn't fare as well, providing "more of the same" -- Spearhead is rated at 74% and Breakthrough is a rather ho-hum 72%, so unless you have a real desire to play games from a decade ago this is one of the weaker games in the package. I remember some of the sequences being particularly irritating, in particular a sniper level where the AI could "see" you long before you ever had a chance of fighting back -- not fun getting killed dozens of times while advancing through a village. 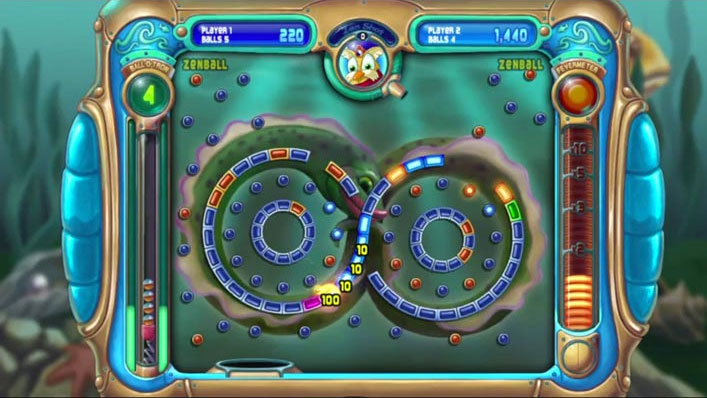 Peggle -- wrapping up the "pay what you want" games, the last title is a Popcap game, which means it's addictive and repetitive. Truth is, while I played Bejeweled, Plants vs. Zombies, and several other Popcap games a ton, I never really got into Peggle, and despite the 85% rating it still doesn't do much for me. It's a short diversion at best, but with free games like Peggle Blast and Bejeweled Blitz readily available on Facebook, this is a game that's more for nostalgia's sake. 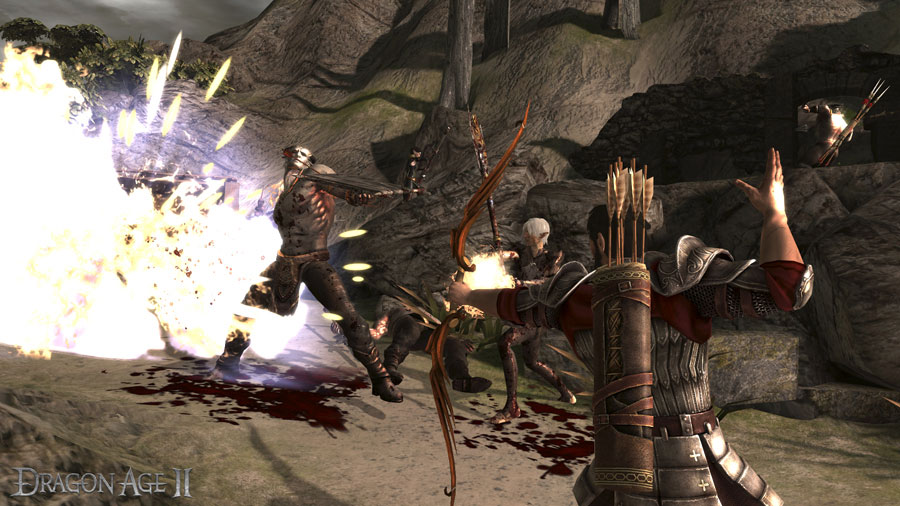 Dragon Age II -- you got the original Origins with the core bundle, and beating the average gets you the sequel. While generally regarded as inferior to the original -- it averages 82% and many feel it was dumbed down, easier, and with more in common with the Mass Effect series in terms of gameplay (i.e. it's more action-based) -- the game still tells an interesting tale and is worth playing. I've also been enjoying Dragon Age: Inquisition, which is more of a return to the roots of the series, so if you want to know the history of the game world that leads up to Inquisition, this bundle gives you the first two installments. 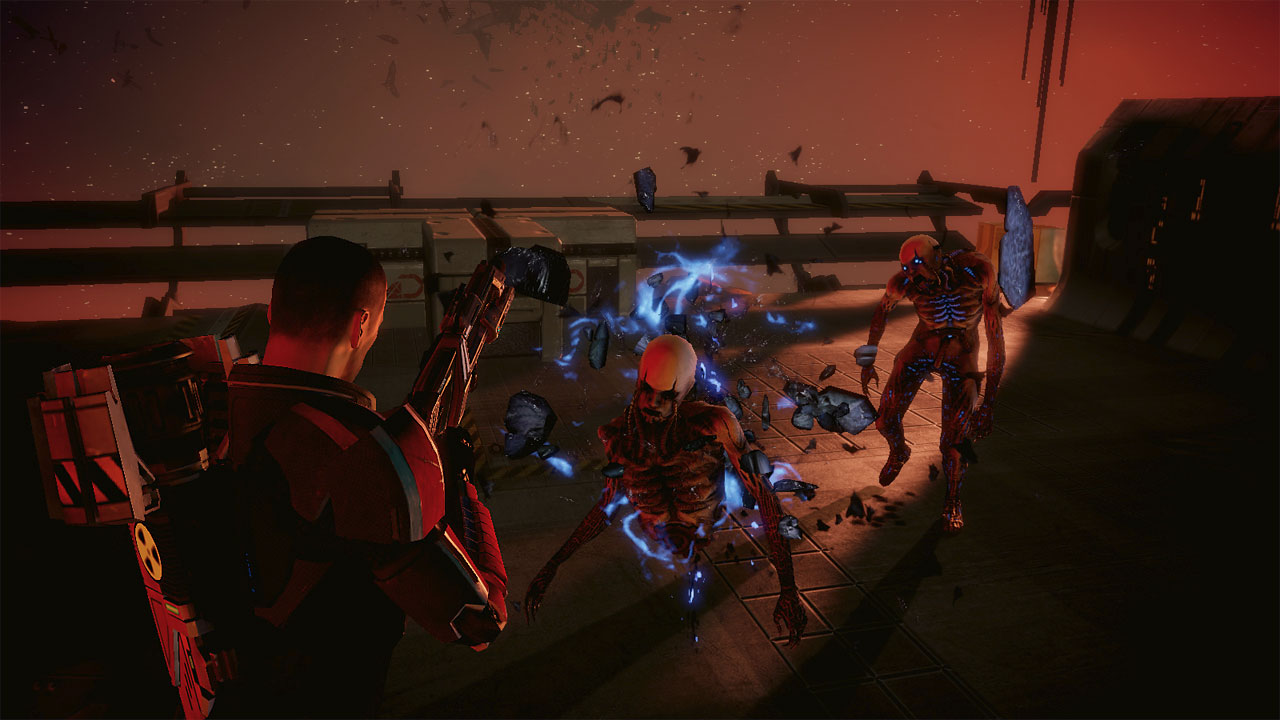 Mass Effect 2 -- unlike Dragon Age, the second installment in the Mass Effect series is considered superior in most ways to the original, with an average rating of 94% (the highest in this bundle) and many Game of the Year awards to go with it. Maybe if we're lucky next week will also bring along the original game, but we'll have to wait and see. This is definitely a "must have" title for RPG fans, even five years after its original release, and you should be able to play it on pretty much any modern system. 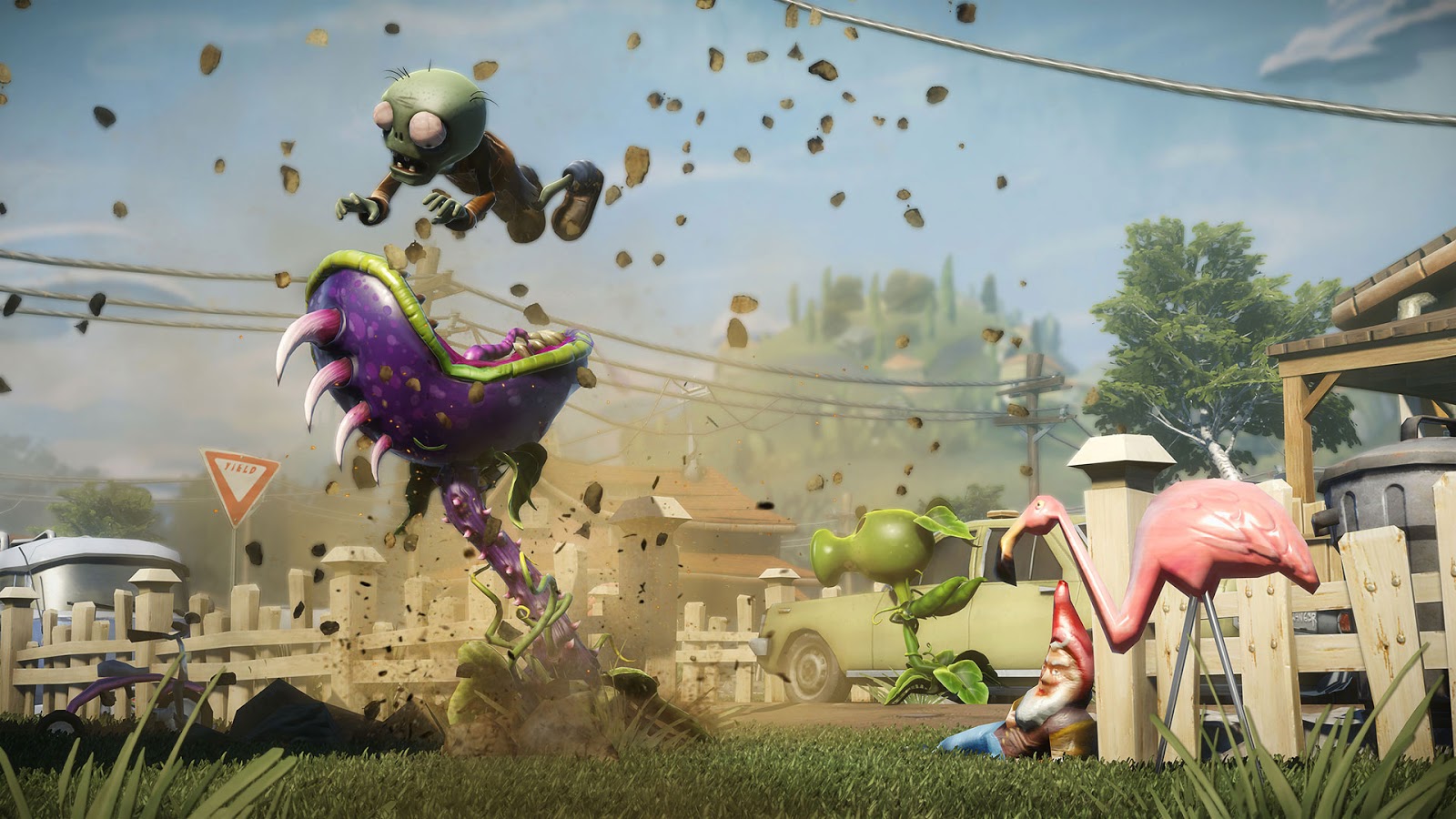 Plants vs. Zombies Garden Warfare -- despite the somewhat average rating of 78%, this is actually one of the other games I am most looking forward to poking around at in the bundle. You see, I'm a huge Plants vs. Zombies fan (though not the now closed down Facebook game Plants vs. Zombies Adventures), but I'm not willing to fork over $30 to buy Garden Warfare. But give it to me for basically "free" as part of a bundle and I'll definitely check it out. And for AMD fans, it even supports Mantle for improved rendering performance (in theory)... maybe I'll benchmark it for good measure if I get bored?

Bejeweled 3 -- last but not least (that would be Peggle, sorry!), we have another Popcap game, Bejeweled 3. I spent way too much time playing the Bejeweled series many moons ago, but I've thankfully overcome that addiction. It's a colorful matching game that can suck you in for hours if you're not careful, and the 82% score is probably more an indication of the addiction level than of the pure fun you'll have.


While the bundle is great, there is one catch you need to be aware of: all of the Origin games are linked to a single code. So if you already have several of the games (which I did), activating the code will give you duplicates. That's not terrible, but it does mean you can't gift the extra game to a friend.
There are also Steam codes available for several of the games in the bundle, specifically Bejeweled 3, Dead Space 2, Dragon Age: Origins, and Mass Effect 2. And that's really the second drawback: Origin is still nowhere near as user friendly as Steam in my experience.

Steam has more games (not just EA games for example), and if you ever want to transfer you Steam games between PCs it's super easy -- just copy the whole Steam folder to the new PC and run the Steam.exe executable. You don't even need to "install" as Steam will check if it has been properly installed and if not the first time you run it, it will take care of things. If you just want to transfer games, you go to the SteamApps folder and copy the appropriate files (though some games still need to be "validated" to pick up one or two things that don't come along with the copy process).

Contrast that with Origin. If you've already downloaded Dragon Age: Inquisition on one PC but you want to play it on a second PC (e.g. your desktop and laptop), you need to copy the 26.4GB from the first PC to the second, and then you need to start Origin on the second PC and "reinstall" the game (which can take a few minutes). You might also need to change some of the settings for Origin, depending on where you have the files (in Origin, go to the Origin -> Application Settings -> Advanced menu and set the installation directory as appropriate). But really, this is a pretty minor complaint -- and Ubisoft's UPlay is a far bigger pain in the butt if you're wondering.

The only real questions that remain aren't whether you should buy this bundle. That's easy: yes, absolutely, do it now! The other questions are how much you should pay (bare minimum to beat the average, or are you feeling generous?), and what games will be added next week. I'll update this post next week with the additional games when they're announced.
at 12:02 PM