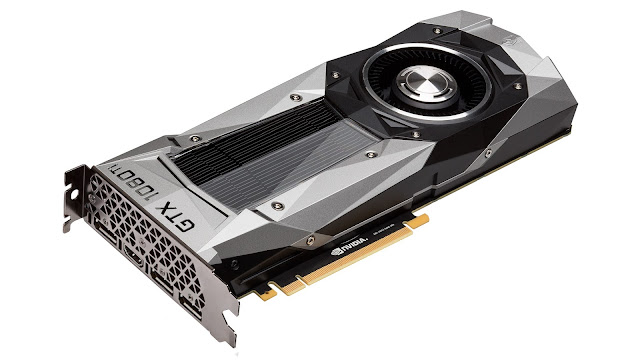 Last week, Nvidia launched their hot and sexy new graphics card, the GTX 1080 Ti. This is a beast of a GPU, with 3,584 CUDA cores clocked at 1480-1582MHz stock -- and really, that's a conservative estimate on the clockspeed, as the card will routinely boost above that level. But how does the card work as a mining GPU? I decided to do a quick check. 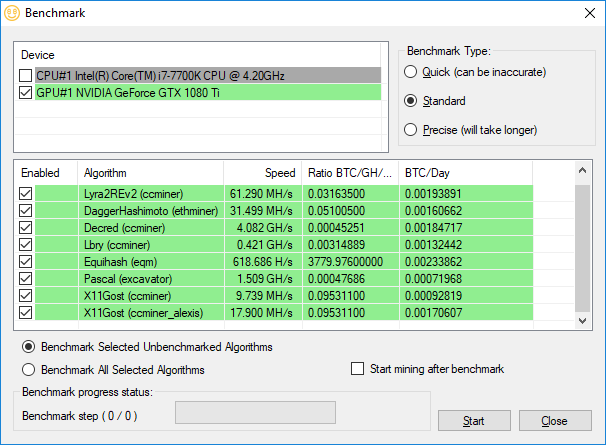 There you have it, the numbers from the latest version (1.7.5.3) of the NiceHashMiner. This is running fully stock, but I've found you can get at least 10 percent more performance by increasing the power limit on the card. At higher power draw, obviously, so it might not be worth doing for a lot of people.

Given this is a 250W TDP card, it's not realistic to try and slap six of them into a mining rig -- even the highest wattage PSUs would be a questionable choice. You could do two PSUs I suppose, but it's probably a better idea to limit your rigs to four of these if you're serious about mining.

ROI at earnings of around $3 per day is around 233 days, so not awesome for a single card but not really that bad either. You can also underclock/undervolt a bit to improve ROI.

UPDATE: Currently, income from mining with the 1080 TI is way better than $3 per day, so RIO is now closer to about 150 days. Fluctuations will change that over time, but I expect a realistic ROI to be under 180 days.
at 11:18 AM