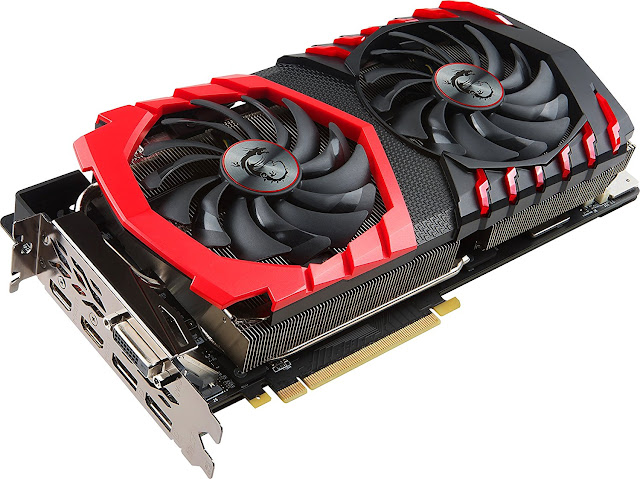 I wrote last month about the GTX 1080 Ti Founders Edition, and showed initial mining performance. Things are constantly in flux in the world of cryptocurrency, so what was once a great idea may suddenly become a terrible plan. Or, as is the case here, a decent idea can suddenly turn into an awesome idea.

I've got a pair of GTX 1080 Ti cards, chugging happily away. I conservatively estimated income for each card at about $3 per day (minimum), but that's proving far too pessimistic. Right now, I'm seeing income of anywhere between $4.50 at a minimum to as much as $7.50 maximum. Now, the maximum isn't likely to last for days at a time, but on average you can probably count on $4.50-$5.00 per day of net profit.

I'm partial to the non-reference designs for a variety of reasons, and my second card is the MSI GTX 1080 Ti Gaming X 11G. This is a large, heavily factory overclocked 1080 Ti. Check this out: 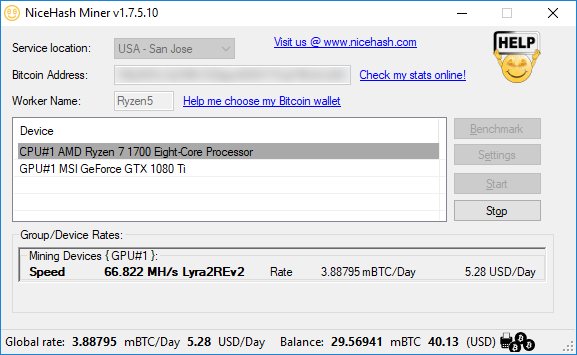 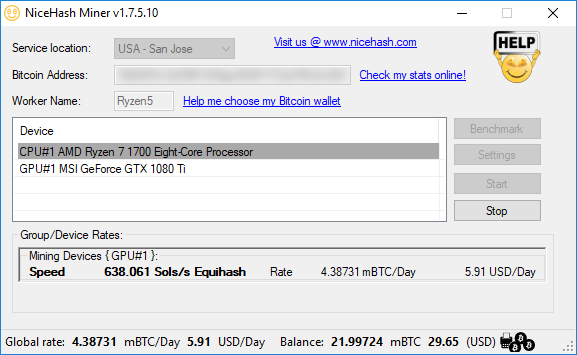 These are two examples taken during the past day of how the 1080 Ti is doing. $5.25 to $5.90 per day would mean that you can buy for a $740 and have it pay for itself in 140 days at a moderate return, or it might do even better and earn that back in just 125 days. That's four months to earn back the cost, after which the card is purely profit. Power costs are a factor, though, which means subtract about $0.60 per day from the earnings. You're still looking at breaking even in less than six months, easy!

But why not go the other way, and buy four cards for a single system, a 1350W PSU, and you're still looking at ROI in six months or less. The difference is that with four cards cranking away, once you hit ROI you're looking at around $21 extra in income each day, every day. Could you use $600 a month in spending money? I know I could! How about $2,400 extra a month? Build four such mining rigs!

And it really is that easy. I'm not saying the 1080 Ti is the best mining card on the planet, but it's super fast and you can do four cards per PC instead of trying for six cards. That's a bit less management headache.

Just a final caveat: don't plan on running 20 or more of these systems in your home. Each one would use over 1000W of power, and on a typical 200A circuit you're limited to 24,000W on the entire circuit -- total! You still need to account for lights, appliances, etc. And if you're on a 150A or 100A circuit breaker, you'll have to get by with half of that. Also: fire hazard. Still, doing 5-10 systems is certainly possible.

More importantly, once the initial hardware has paid for itself, you're not earning $6,300 per month. Okay, maybe more, maybe less. It doesn't matter too much, as bottom line is you have a very nice salary that will continue to pay you with little to no additional effort.

If you're the enterprising type, maybe rent a warehouse with a couple of 200A circuits and plunk down $150K on forty crazy powerful PCs. Then earn $800 per day, 365 days per year, and you'd have the equivalent of a $292K salary. Ha. But I'd suggest starting smaller and working your way up to that level, rather than jumping in whole hog. And don't be surprised if the market shifts and you see profits drop by half!
at 4:02 PM