Looking for something of a middle ground between the GTX 1070 and the GTX 1080 Ti? That ground belongs to the GeForce GTX 1080, formerly the fastest mining GPU that was readily available. With the 1080 Ti now playing king of the hill, prices on the 1080 have dropped by about $120. The result is a GPU that falls right between the 1070 and 1080 Ti, both in price as well as performance.


The GTX 1080 is a great card, and you can still potentially do six GPUs in a single rig -- but you'll be getting pretty close to maxing out most PSUs if you go that route. I generally prefer the GTX 1070, but the 1080 isn't terrible. As usual, I'd recommend getting a custom cooler design rather than the blower-style Founders Edition, since they have larger heatsinks and don't run as hot -- or as loud! I've got Gigabyte's GTX 1080 WindForce OC, and at $500 even it's one of the least expensive models -- only the blower-style Asus 1080 Turbo is typically cheaper, but it's also less desirable and not worth the $10 saved.

Here's how the WindForce OC performs (which is similar to many other factory overclocked 1080 models): 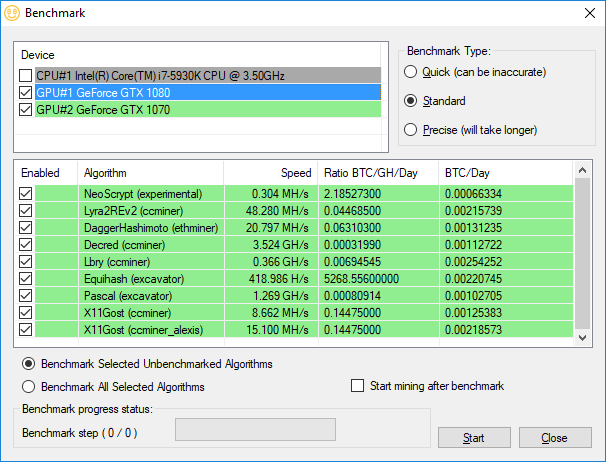 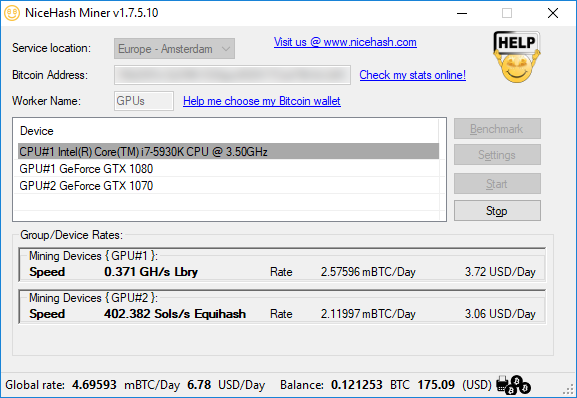 Cutting costs on the CPU could shave off $170 from the total, bringing you down to around 171 days to ROI with a Pentium G4560 and a Z270 motherboard. Nine days isn't worth the savings IMO, but do what you feel is best. Basically, the ROI time is equal to the 1080 Ti, so I'd lean toward the faster GPUs personally. Nvidia GPUs currently do well with Lyra2REv2, Equihash, and occasionally X11Gost and Lbry when mining via NiceHash. Note that some drivers/hardware combinations will do better than what I show in the above image, but this is how one of my 1080 cards is currently running.
at 9:25 PM