The most profitable graphics card for mining - December 2017 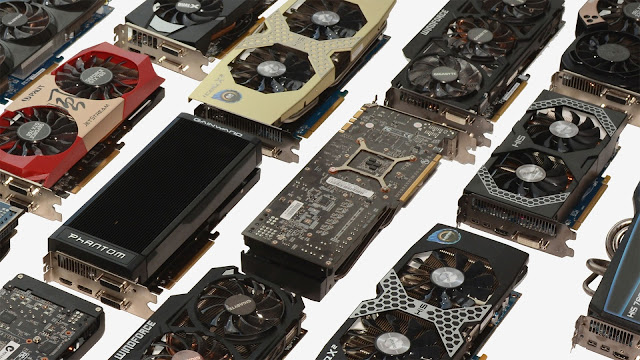 Last month was a historic month for Bitcoin, with the cryptocurrency breaking $10,000 for the first time -- and it didn't stop there, coming very close to $12,000 before settling back down to around $11,000. That means profitability, if you had started mining in early November, was about 50 percent higher than initial estimates, because difficulty adjustments lag slightly behind price adjustments.

But what does that mean going forward? If I could tell you that with 100 percent certainty, I wouldn't have to write this blog. LOL. But seriously, when you look at the way investment groups and others are getting behind Bitcoin and other blockchain technologies, the current low 5-digit valuation could be woefully inadequate. 21 million total Bitcoin -- EVER! -- means in 10-20 years it's not inconceivable for a valuation of more than a million dollars per BTC.

There are those that suggest treating Bitcoin like a piece of art. If you buy a masterpiece today, and sit on it for 20 years, it could be worth ten times as much in the future. So get ahold of a few BTC, sock it away in long-term storage, and check back in 20 years. I suspect despite the naysayers, it will have much better returns than any stock you could buy. Imagine having bought into Microsoft or Apple back in the 80s. $1,000 worth of MSFT stock at the $21 IPO, it would be worth about $4.4 million today, and $1,000 of AAPL from 1980 would be worth about $430K. Bitcoin could blow both of those away, even from the current price of $11K... but how should you go about acquiring some BTC?

You could just buy some BTC, naturally, but I'm a proponent of mining. Even if a cryptocurrency tanks, you at least have the hardware to sell/use, defraying the risk somewhat. And at $11K, I suspect we're due for a correction at some point in the next year -- after which we might see the price soar to $50K or more. Again, think long-term.

If you're looking to get into cryptocurrency mining using GPUs, here are the numbers for current graphic cards. Historically, AMD GPUs were the go-to choice, but much has changed and there are algorithms that run better on Nvidia hardware, with others that favor AMD hardware. Depending on availability and pricing, buying only AMD (or Nvidia) cards may not be the best idea -- spread out your investment over the top GPUs for each vendor, to minimize risk.

I've been GPU (and sometimes CPU) mining since the early days of Bitcoin, back in 2011. I didn't have the foresight to hold everything (which would be well over 2,000 BTC now), but I've made money, slowly and steadily over time, and I've paid off all of my investments and then some. While people getting into mining now are sort of late to the party, it's still possible to earn money -- just not quite as fast as before.

Chasing the alt-coin-of-the-day can be a full-time job, so if you're not interested in constantly monitoring the cryptocurrency market, save yourself the headache and lease your hashing power on NiceHash. Doing it that way means you may miss out on short-term bubbles (I was mining about 50 ETH per day in mid-2016, which I sold at mostly <$10 prices), but long-term it's a lot less work.

Mining requires a lot of power, typically 1000-1500W per mining rig. Power means heat, so in the summer things can become problematic. In the winter, however, all the mining can be used to heat your home. I also set my GPUs to run at lower than maximum power, for longevity purposes, with custom fan curves to balance income, efficiency, noise, and power use. That's a topic for another day, but 80-90% of maximum power (and not overclocking) is the safe approach to long-term mining.

So what do you need to get mining? First you need a PC, which consists of a CPU, motherboard, memory, storage, and power supply. I'm going to target the best returns, which means going low on the CPU while using high-end power supplies, and then using as many GPUs as you can reasonably run off of the power supply (or power supplies). With mining motherboards from Asus, ASRock, and Biostar supporting over 12 GPUs, that can be the fastest way to break even. Here's what you'll need, along with approximate monthly income and ROI figures:

Because of the change in motherboard, plus supporting up to 12 GPUs, the base build varies on what you want to run. You can technically do up to 19 GPUs, with caveats, but I'm going to run the nubmers for 6 and 12 GPUs. If you run 12 250-300W GPUs you'll need two or even three PSUs, and potentially even go with a 1200W PSU. But for the following calculations, I'm going to use 6 or 12 GPUs, with one, two, or three PSUs as appropriate.

As you can see, the increase in Bitcoin prices has had a direct impact on profitability for mining, but it has also caused GPU prices to trend upward. Nearly all of the cards cost 10-20 percent more this month than last month, which is unfortunate. And just in time for the holidays, which means little Johnny isn't as likely to get a shiny new GPU under the Christmas tree.

Overall, given other factors like initial setup costs, power use, and card availability, Nvidia's GTX 1070 Ti is potentially the best option right now, or the existing GTX 1070. On a pure ROI basis, if you're only looking at buying a graphics card, the GTX 1060 3GB is the best option. The card prices are current as of the above date, but inventory may cause wild fluctuations over the next few weeks.
at 2:30 AM 3 comments: