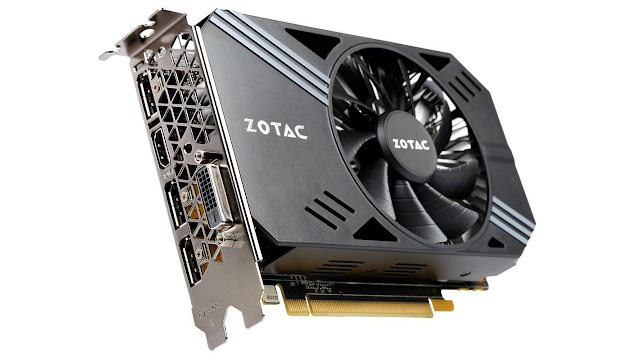 You might think the GeForce GTX 1060 3GB is a generally poor recommendation for mining purposes. It's not the best card on the planet, perhaps, but it actually does better than the more expensive 1060 6GB -- mostly because it's not *that* much slower, but it is quite a bit cheaper. If you're serious about mining, it's more cost effective in the long run to buy a faster GPU, like the GTX 1070, but with the 1060 3GB cards going for as little as $184 (sometimes less if you get a sale), they can be a good gateway drug.

For testing, I'm using the Zotac GTX 1060 3GB Mini -- and yes, after fiddling withe some of the bigger cards, it's positively tiny! If you're thinking of building a someone more compact miner, maybe this is a good choice. But with a single fan, cooling isn't as good, and mining performance is decidedly mediocre.

The current estimated income for the Zotac 1060 3GB Mini is around $1.50-$2.00, with power using about $0.20 per day, so net profits of $1.30-$1.80 per day. For a single card the ROI time is around 102-141 days. So that's quite a bit better than some of the more expensive Nvidia GPUs, but you don't get as much density out of each mining rig. The problem is you need the rest of the mining rig, which costs money, and now you're using up a mining slot with a slower GPU.

As noted before, you could safely run the 1060 cards with a 1000W PSU, which is a bit easier to find than the 1200W and higher models I recommend from some of the other builds. EVGA's 1000W T2 is a great Titanium rated power supply with a 10-year warranty -- sure to outlast your GPUs for mining purposes! -- but it's also more expensive than my standard 1350W Platimax recommendation.