How to Transfer Steam Game Downloads Between PCs 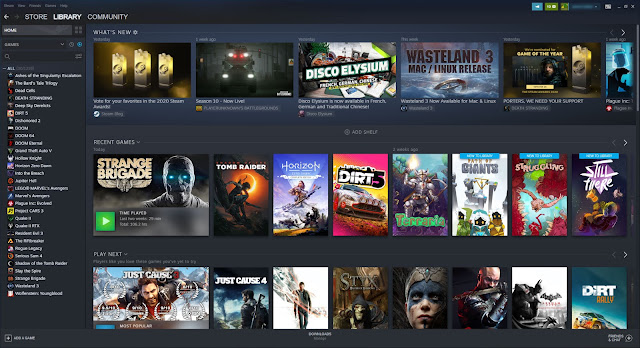 Anyone with multiple PCs has probably ended up in a situation where they want to transfer a Steam game from one PC to another. Steam is perhaps the easiest of all digital gaming platforms when it comes to moving games around—better than GoG Galaxy, Ubisoft Connect, and certainly much better (for now at least) than the Epic Games Store. The same process that can be used to move Steam files between two different drives on the same PC extends to copying game files between different PCs.

If you're like me, it will be C:\Games\Steam\Steamapps, but whatever. You should see a few subfolders, plus some .ACF files. You'll need to copy over both the ACF file for whatever game you want to transfer, plus the actual game files, which are located in the Common subfolder. 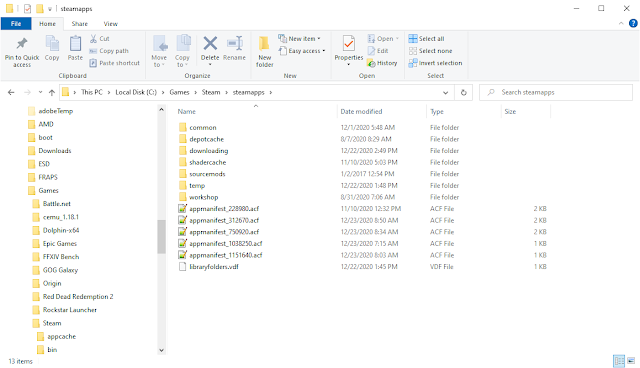 But which ACF file(s) do you need? You'll have to open them up with a text file viewer like Notepad++ (seriously, no one should still be using Notepad!) to figure out which game each file corresponds with. Alternatively, browse to Steampowered.com and search for the game you want to copy. Open the appropriate page and you'll fine the Steam app number in the URL. For example, Cyberpunk 2077 is app number 1091500. Copy the ACF file to the other computer, then go to the Common subfolder and copy the game folder (which can be quite large).

Once the copy is finished, launch Steam on the second PC and it should automatically detect the new game files. You're done! You might need to wait for Steam to sync your cloud saves, but otherwise that's it.

Of course, the above assumes you already know some basic networking stuff. If not, check out my How to Set Up Network File Sharing on Your Home Windows Network guide. 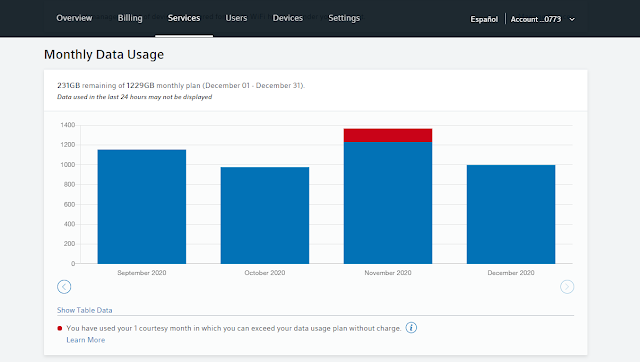 Why wouldn't you just download the game on both PCs, though? Simple: Data caps. They suck, but many of us still deal with them because we have no other alternative. Comcast / Xfinity has a 1229GB per month data cap, which is 205GB more than the unofficial data cap that's been in place for nearly 20 years. My Internet connection (via Comcast the entire time!) has gone from 50Mbps down/6Mbps up to 350Mbps down/12Mbps up over that same time.

Put it this way. Back in 2005, with a 75Mbps connection at the time, it would have required 30.3 hours of continuous downloading at the maximum speed possible to hit my old 1TB data cap. Today? I could chew through my entire monthly 1.2TB limit in just 7.8 hours! Plus, game sizes have massively increased during that same time. 2-5GB games used to be the norm, then 10GB, 15GB, and 20GB. Now, 50-75GB minimum is typical of any major game release, and there are multiple games that weigh in at far more than 100GB. Downloading Cyberpunk 2077 twice would use up 12 percent of my data in less than an hour.

Of course it's not just gaming and downloads. Windows updates, Android and iOS app updates, game updates, and other software updates all take their pound of data. But if you've cut the TV cord and are going full streaming? One hour of 4K content on Netflix or Amazon Prime represents 10-20GB, depending on the encoding quality, and between family members it's easy to use hundreds of GB per month on streaming content. In today's world of streaming video? 2TB is a reasonable data cap, especially considering I already pay $30 extra for a higher bandwidth.