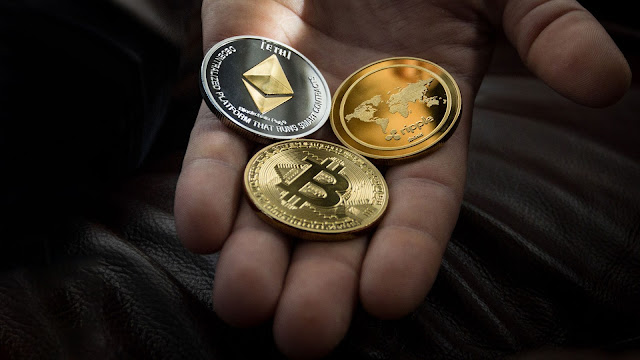 Thar she blows! That's right: Ethereum just broke $2,000 for the first — and almost certainly not last! — time. Bitcoin meanwhile is in the high $50K range. With companies like Master Card, Tesla, and various banks investing potentially billions of dollars into blockchain technologies, none of this is going away any time soon. Which raises an interesting question: How much money does the world spend daily on cryptocoin mining?

I've run the numbers, and best-case, the Ethereum miners are using well over a billion watts of power, and Bitcoin mining is about five times that amount. That's going off how much power would be required if every miner was using the most efficient hardware possible, which obviously they're not, and so real-world power use is about three times as high as what I just estimated.

That's three billion watts, every hour of every day, just to keep Ethereum humming along, and roughly 15 billion watts for all of those Bitcoin ASICs. It's nuts! It's also completely unsustainable to keep growing at this rate, so if you're looking at mining profitability right now and wondering how long it will stay this high, I'd estimate another month or two at most, and in three to six months it will likely be less than half as profitable. But what do I know? I thought $40,000 per Bitcoin was the limit for now, and clearly that was wrong.

Anyway, back to power, at $0.10 per kWh, Ethereum would cost about $7.2 million dollars to keep running, each and every day — not including IT infrastructure and cooling, which probably makes it closer to $10 million per day. With a price of $2,000, around 6,500 ETH blocks mined every day, and 2 new ETH minted per block, that's $26 million created out of thin air. So, it's definitely got room to grow at this price. Also interesting is that there are around 1.2 million transactions per day on the Ethereum blockchain, which means each one costs something like $20 in theory — that's looking at the average of around 2 ETH per block in transaction fees.

Bitcoin is, if anything, worse. The Bitcoin network runs at around 160 million terahash per second. The most efficient ASICs do about 25TH/s using 1000W. Using only such ASICs, that would mean we'd have 6.4 million ASICs running Bitcoin, using 6.4 billion watts. But lots of older ASICs are in use, so triple that and we can estimate roughly 19.2 billion watts. Each day, every day!

Total cost at $0.10 per kWh would be about $46 million per day in power costs. Lots of big miners are getting lower cost power than that, but lost of places in the world also cost a lot more, so let's just stick with 10 cents per kWh. Bitcoin is a slow block time of around 10 minutes, so there are only 144 block per day (give or take), but the block reward is 6.25 BTC newly minted, plus around 160 BTC per day in transaction fees, so roughly 1.1 BTC in tx fees per block.

Given those stats, Bitcoin creates 900 new BTC per day, with a value of around $50 million. Notice how much closer that is to the power costs? What's more, at 160 BTC per day in transaction fees, and around 300,000 transactions per day, that means the average BTC transaction costs around $30. Fewer transactions take place, and a lot of places like mining pools and Coinbase seem to be doing transactions largely off the books — using internal mechanisms to track who has what BTC — but the net result is a lot of power and heat used for blockchain technologies.

I'm curious to see where this goes, and if we end up with a lot more regulation and at the same time more uptake of cryptocurrencies in the coming years. The potential influx of cash into the network via banks and other large companies helps ensure things will continue for a while, but we know banks and others could pull out just as quickly as they joined — manipulating the market on a large scale and trying to make a buck in the meantime.

Don't get caught holding the bag, in other words. We saw massive amounts of hype in 2017 and 2018 for blockchain, and much of that went nowhere. Then again, here we are in 2021, with BTC at more than double the previous high and closing in on triple the value. If you had and held BTC for three years and triples your value, that's a nice improvement. All the 'weak' hands that folded? Too bad for them!

Personally, I'm trying to only sell enough of what I earn to pay for power these days. Because it feels like at some point in the coming years, we'll see $100,000 per BTC, and potentially even $1 million. Also potentially $10,000 or less again, so who knows?